Money management app Pocketbook will shut down next month after a decade in business.

The company, now owned by the embattled ASX-listed BNPL Zip Co., announced yesterday that it will close on August 5.

In a note on its website, Pocketbook, which was reportedly used by 800,000 people, did not give a reason for its demise.

Pocketbook was founded in Sydney by Bosco Tan and Alvin Singh in 2012 as a free budget planner and personal finance app.

“Unfortunately, we’ve had to make the difficult decision to close the Pocketbook app and web service effective 5 August 2022. We would like to thank our loyal Pocketbook community for all the support and feedback along the way,” the company said in a statement on its website.

“We’re proud of the product we have built, but even more so, we are thankful for the role you have played in making it grow and get better over the last 10 years. We wish you all the financial success in the future.”

The fintech said it will delete all personal information collected bv the service. Anyone who wants to keep categorised transaction data, has until August 4 to extract it into a CSV file.

The demise of Pocketbook follows the collapse of neobank Volt, which shut down on Tuesday after it was unable to secure fresh capital to continue trading.

Volt announced its closure on July 5 last week, and has been returning around $106 million in deposits to around 6000 customers. The bank, the first challenger brand to receive a new banking licence in 2019, is selling mortgage business.

Do You Know How Your Customers Decide?
Juwai IQI Appoints REA Group Veteran As Data Leader 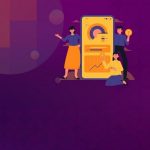