Despite the profusion of institutes and courses, India is witnessing an ever-increasing employability gap. The 2021 India Skills Report revealed that not even half of Indian graduates are employable – only 45.9 percent of them seem to be the right fit.

Ashish Munjal, Co-founder and CEO of Gurugram-based Sunstone Eduversity, reveals that the education system in India’s Tier 2 and Tier 3 cities is “broken”. “Students there do not receive the same educational opportunities as their Tier 1 counterparts and the existing skill gap has been widening with time,” he says in a recent Prime Venture Podcast.

Keen to bridge this skill gap, he launched an edtech company that focuses on education that works – purpose-driven learning, tech-led pedagogy, and job-oriented programmes. The idea is to offer Tier 2 and Tier 3 students the same quality education and opportunities as any Tier 1 student.

Sunstone Eduversity began by offering pay-on-placement MBA programmes and has now extended its skill-focused courses to other popular streams as well.

“Education has always been a black box,” Ashish tells Amit Somani, Managing Partner, Prime Venture Partners. “If I am studying at an MBA college and studying Marketing 101, I will only get to know how I did on Marketing 101 at the end of the trimester. Now, I cannot go back in time and reteach Marketing 101 to the students. I have to move forward and teach Marketing 102. That means whatever he has not learned in Marketing 101, he will never learn.”

Sunstone Eduversity aims to convert this education black box into a transparent system with an effective feedback loop, and Ashish believes technology has a huge role to play.

“Can you generate a lot of data on students so that you continuously know where [they are] going?” he asks.

Sunstone Eduversity’s system tracks every student on a real-time basis to track his/her progress so experts can intervene at the right moments with a remedial action plan. With technology, this model can be scaled up for 2,000-3,000 students and the skill gap should start closing with time. Internally, Ashish’s team calls it the “Sunstone Learning Index”.

Ashish partnered with Tier 2 and Tier 3 colleges to offer Sunstone’s courses as part of their curriculum. From education, the company also followed up with placements. During the initial years, Sunstone Eduversity held a placement record of 97-98 percent.

“[And for] a large number of students [at] Sunstone, they are the first ones in their family to ever go to a corporate,” he says. Sunstone became a stepping stone to a different and thriving career for these Tier 2 and 3 students, which made many students keen to take the plunge.

On the corporate side, Ashish says most enterprises were only keen on three aspects.

“They want students with a good aptitude and problem-solving skills. Second, they should be decently good on communication. And third, they need to have the right attitude,” he says.

Ashish also identified the culture of degree-hangover prevalent in India – getting a degree is more important than learning or developing associated skills. He advocates the need to acknowledge and apply a hybrid education system where physical learning can blend with online courses.

“We all know there is a big dearth of tech talent in the country. There are a lot of opportunities that you can create [in this space] in the consumer-first phenomenon,” he says.

Ashish believes that the Indian startup ecosystem has more depth now, and this is “the right time for aspiring entrepreneurs to dig deep and work in the education sector”. 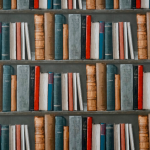