There is a palpable, seismic shift happening regarding people’s work hours preferences.

I recently posted a poll for my LinkedIn network to ask people’s thoughts on a four-day workweek.

We have all read and heard about the phenomenon called the “Great Resignation”, or the “Great Realignment”. At the crux of this is the realization by many that their well-being is more important than work. A lot of people are also tired and burned out from either poor leadership or toxic work culture.

Research done last year by LinkedIn found that more job seekers (63%) said work-life balance was a top priority when considering a new role than those (60%) who said excellent compensation and benefits.

Another research has also shown that shorter hours can reduce burnout and increase well-being and productivity. From 2015 to 2019, Iceland ran what has been hailed as the “world’s largest trial of the shorter workweek. The study that involved 2,500 employees of the Reykjavik City Council and the Icelandic national government involved reducing work hours from 40 to either 35 or 36 hours a week.

The results? Perceived stress and burnout fell, while well-being improved. Productivity stayed level or even improved across the many teams that participated.

In the poll I conducted, I posted this:

“The 4-day workweek is gaining serious momentum around the world. Is it a work-life revolution whose time has finally come? “

The poll received 513 votes during its one-week duration.

Four hundred twenty-one people or a majority of 82% said a resounding “Yes”. Seven percent answered “Maybe”. And ten percent said ‘No”. One percent commented and did not vote. In summary, 89% answered essentially on the affirmative side.

I am sharing some of the verbatim comments from that poll here as well:

“The pandemic has caused so much alteration in our lives. Even the business landscape is slowly adapting to the drastic changes happening worldwide. There’s a big shift now from the traditional way of working vs the environment of “new normal.”

Years back, my former boss once asked me: “What do you prefer, someone who is late for work or someone who is so early to report for work?”. All I can say was, it boils down to two things: production and performance.”

“Let people work however they want: 4, 5, 2 or whatever days they agree with their employer. Not everyone has to do the same.”

“I think that the idea of having 4-day work weeks is stemming from the fact that most companies and leaders have the notion that the normal 5-day workweek is solely in the service of the company and do not encourage time for rest in between. I believe that work and its corresponding demands will never cease so there should be ample rest in between. Also, it is the discretion of leaders to allow their teams to rest. After all, a well-rested employee is more productive and active.”

More information from the LinkedIn News article provides further proof that this shift is either already happening or coming soon on a global scale.

Jarrod Haar, a human resources management professor at the Auckland University of Technology, reported no drop-off in productivity and an increase from 54% to 78% in employees who said they were managing work-life balance well.

The United Kingdom started a six-month trial of the shorter workweek middle of 2021, and 30 companies also raised their hand to participate.

Researchers from Oxford, Cambridge, and Boston College will look at the impact of a 32-hour workweek on productivity and well-being as well as gender equality and the environment.

Unilever is already trying it out in New Zealand, Shopify in Canada, and Panasonic all over the world. Shake Shack and Kickstarter in the US, Software Delsol in Spain, and Panasonic in Japan have all committed to the shorter week at full salaries

The four-day workweek is already being implemented by companies, and the results have been positive both from a productivity point of view and more importantly from an employee well-being perspective.

It may be coming soon to your organization if it hasn’t arrived already.

Do You Have Any Plan To Re-Build Your Sales Pipeline?
Why Most Start-Ups Fail: Investigating the “WHYS” behind the “HOWS”

Ian Santos
10
Ian Santos is an award-winning sales and marketing professional whose career spans leadership stints in companies like Jollibee, Colgate-Palmolive, Coca-Cola, GlaxoSmithKline, Mundipharma, and Sanofi Consumer Healthcare Philippines where he is currently Sales Director. His passions include training, speaking and writing about sales, leadership, and marketing. A regular content creator on LinkedIn, he is currently recognized as one of the Top 10 Most Inspiring Filipinos on LinkedIn, and is ranked No.5 in the Top 100 Filipinos to Follow on LinkedIn for Inspiration and Learning 2021. Ian is also the Founder and Chief Consultant of IMS Learning & Consulting, which specializes in sales and leadership training and consulting. As a Marketing in Asia columnist, he writes a regular monthly article for Marketing in Asia - People.
YOU MAY ALSO LIKE
0 416 0
October 6, 2022
0 293 0
September 30, 2022
0 321 0
September 26, 2022
0 312 0
September 23, 2022 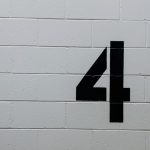