The role of marketing and market research is undeniably crucial when it comes to making sales. However, while companies do invest a lot in marketing, market research often takes a back seat. A mistake most budding companies commit and an opportunity that the bigger brands leverage.

Let me narrate to you an incident, that took place a year back but helped me see the beauty and need for marketing strategies built on market research.

As a returning customer of McDonald’s, I often noticed their advertisements. They’re all so attractive, colourful, and inviting. They showed the faces of happy, cheerful people who had everything they needed.

Driving past an outlet, my significant other and I decided to go in for a meal. It was getting late in the day, and there was little time left before they closed up. So, we hurriedly got our two burgers and fries- big order, of course- and shared them with each other as we sat on stools next to each other, directly facing those enticing advertisements.

“You know, if we had not crossed that McD billboard on the way, maybe I would have gone for Chinese.” My spouse grinned and said, “that’s what marketing does.” So we got into talking and figured marketing had a crucial role to play when it came to selling.

“Take, for instance, this McDonald’s flyer”, he continued. “McDonald’s has always offered the Big Mac, but they conducted a promotion to increase awareness of the Big Mac and boost sales of the Grand Big Mac and the Mac Junior. Take a look at how simple it is. Just a snapshot of the same burger in three different sizes. The Mac Junior on the left, the Big Mac in the middle, and the Grand Big Mac on the right, along with the stores where the burgers are served.”

Also read: What Role Does Marketing Play In The Digital Age?

“As seen by the billboards and television advertisements at movie theatres, this marketing strategy is quite basic yet highly powerful, aimed directly at informing consumers or potential customers, of the things that McDonald’s sells, in this case, the three varieties of the Big Mac.”

“What are your thoughts on when Nike stood up in support of Raheem Sterling?” I asked.

“Clever!” he said. “What do you do to improve a company’s market share and establish the credibility of your brand? You back a social cause.”

Nike has had a long history of supporting social causes and providing assistance to individuals. To this day, Nike still dominates this area.

He continued, “When Raheem Sterling was featured in the media speaking out against racism in sports, where finances were being used to abuse players. Instead of allowing Sterling to fight the battle in the media, Nike decided to swoop in. You know what? We will support your dream, Sterling, as well as anyone else experiencing the effects of racism in football and sport.”

Therefore, the commercial displayed Raheem Sterling in the backdrop and a slogan, ‘Speaking up doesn’t always make life easier. But easy never changed anything’, followed by the Nike tick immediately beneath.

“Let me jog your memory a little more in this respect”, he shared. “There have been several instances of Nike supporting social causes and gaining people’s confidence as a brand. Not only as a maker of sports apparel and athletic equipment but also by doing the right thing and encouraging others to do the same. For example, do you remember Nike’s “dream crazier” marketing campaign?”

“The one with the William sister?” I inquired.

“Precisely!” he said. “The campaign image depicted one of the Williams Sisters playing tennis, along with the tagline ‘Girls from Compton don’t play tennis. They own it.’ and the Nike logo, ‘Just do it'”.

As young girls, people must have targeted the Williams sisters for playing a sport and for believing that they could earn a life as a tennis player. However, they proved everybody wrong. And this is what the dream crazier campaign was all about: helping you believe in yourself, and if someone tells you otherwise, prove them wrong, and you’ll have a decent chance of accomplishing your goal if you’re wearing Nike.

Also recommended: How To Use Your Online Presence For Brand Recognition?

I nodded in agreement. Gulping down those fries, staring at the iPhone billboard across the street, I said, “You know what else marketing does? It convinces you to pay higher for practically the same commodity.”

“And how is that?” my husband asked.

“Do you see that billboard outside?” I began, “This was the announcement of the iPhone Pro 11 in 2019, for which the emphasis was on the rear of the device. Rarely will a product be advertised and released based only on its back view. But Apple knew what it was doing.”

I continued, “A market research at Apple concluded that the Instagram generation is their target demographic, as they desired to go camera-hunting. Therefore, what they argued here was, when you have the phone in your hand or hold it to your ear while on the phone, people will notice that it has three different cameras on the back. Therefore, people will instantly recognise that you own an iPhone 11; this would become a trend and generate demand. If you do not have an iPhone with three cameras on the back, too bad, you have the old iPhone.”

Apple is an excellent example of a corporation that uses marketing to convince people to pay more for the same or a comparable product. Apple is renowned for generating a powerful brand image and a great deal of customer trust, not just through the quality of its products but also via their marketing campaigns.

“In this regard, Apple played it really smooth by addressing customer demand by adding better cameras and encouraging everyone to proclaim, ‘I have the latest iPhone; look at the three cameras on the back!'”

“That is a magnificent observation, and this ad campaign proves that the best marketing campaigns result from thorough market research. Did you know its origins date back to the 1900s?”

“In fact”, he continued, “market research has an even higher purpose. If it were not for market research, most marketing campaigns would fail. Market research lays the foundation for marketing efforts by identifying the market’s demand. What is it that your customers are looking for? Is it a new product or an improvement in the original design?“

“If you look closely at the Apple campaign, market research helped them identify their target audience “the Instagrammers”. They had already established the viability of the new iPhone and knew exactly whom to target.”

“Clever!” I exclaimed. “You know, the other day, I read an article on LEGO. To encourage inclusion for all kids to play with its toys, LEGO also employed market research.

LEGO had mainly produced toys for boys, but it wished for all kids to take part in enjoying its offerings.

To better understand the children’s playing behaviours, LEGO performed research with 3,500 girls and their moms and created the “Friends” toy line as a consequence of the market research study to entice females to play with LEGO toys. Look at LEGO now!”

“It’s a great example of identifying the market demand and then strategising around it to gain leverage over competitors and design the best marketing strategy,” he exclaimed.

“Absolutely”, I said. “There are many advantages of market research, but only a handful of organisations realise its full potential. Most are stuck at mere SWOT analysis. But, on the other hand, so many companies are already leading by example, reducing risk and increasing profitability by investing little in market research.”

“It feels like I am back to college, dusting off the dust settled on the subjects I had once read.” he chuckled.

“Yeah, feels like it”, I grinned. However, our conversation was soon interrupted by a call from my mom, “Where are you? It’s kind of getting late?”

“10 minutes”, I said. It had started pouring heavily! As the store manager closed up, giggling, we rushed back to our car and left.

What Are The 5 Key Performance Indicators In Marketing
Technology is Changing: The Marketing Strategy of Tech Startups in 2023 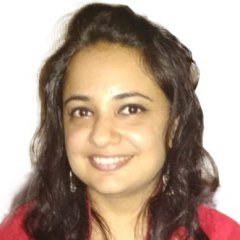