Many executives worry that they are not doing enough to fend off low-cost rivals by targeting down-market customers. For instance, reaching young consumers as they begin forming buying habits and settling down offers a critical opportunity to gain long-term loyalty. At the same time, however, these executives are equally worried that down-market strategies could tarnish their brands. Are affordable offerings a door to new customers or an unjustifiable risk?

Consider the story of the Mercedes-Benz CLA, the company’s move into the entry-level luxury car market. At least in the short term, the venture appeared to be a success. Initial sales pushed Mercedes past BMW as the best-selling US luxury brand, and the CLA was Mercedes’s most successful model in two decades. Even better, roughly 75% of CLA buyers were new to Mercedes. As CLA buyers get older, Mercedes hopes that those customers will remain loyal. But, over the long term, one can only wonder whether the CLA did more harm than good. For example, the base-model CLA did away with some of the essentials that buyers expect in a luxury car (e.g., real leather) and scored a full 1.5 stars lower than the C-Class (the next model up) in a review by Car and Driver. Consumer Reports also noted its poor divergence from a typical Mercedes, with one tester describing it as a really nice Civic. As new competitors entered this space such as the Audi A3 CLA sales quickly slowed. The entry-level Mercedes now pales in comparison to similar offerings from its luxury competitors, and it even invites comparison to mainstream manufacturers. Mercedes may well be paving the way for an up-market shift by brands that were previously never even mentioned in the same sentence.

Was the short-term boost worth the long-term risk? While we let the Mercedes question percolate, let’s look at some lessons from companies that have successfully made the shift down the market.

1. Distance the new offering from the core brand. Launching a new product line under a different brand helps remind people both internally and externally to expect something different. By giving the new offering its own identity, you let consumers approach the product with fewer preconceptions about what it should be. Then, if the offering ceases to amaze, it has little connection to the core brand in the consumers mind. For example, The Art of Shaving, an upscale boutique that specializes in men grooming products, has succeeded by leveraging P&G assets without boasting its affiliation to a company that thrives on more mass-market consumers. Although larger companies often worry that their visibility makes it hard to keep the affiliation between brands discreet, consumers care less about corporate ownership than you may think. How many people really take into account or even know that Oakley and Ray-Ban have the same parent company? DiGiorno and Tombstone? Thinking more diverse Ben & Jerrys and Hellmanns? Except in rare circumstances, corporate connectedness is a non-issue in the consumers eyes.

2. Target a different customer type. One of the biggest risks with launching a down-market brand is that you may inadvertently create a product that is appealing to your core customers, ultimately causing your customers to move down and spend less with you over time. One solution is to target and market to a customer type that you do not currently focus on. In the early 2000s, Toyota launched Scion to reach buyers in their 20s and 30s buyers 10-20 years younger than the company’s core US customer. Unlike Toyota’s focus on unobtrusive styling and mechanical reliability, Scion boasted about the ability of customers to set trends and express individuality. Scions marketing was heavily based on meet-ups and grassroots efforts rather than traditional TV marketing. It was therefore able to attract a group of customers that had no prior interest in Toyota, and it did so without causing Toyota and Lexus buyers to defect.

3. Embrace clearly distinguished tiers of value. Distinguishing a down-market brand may be necessary, but that alone may not be sufficient. Ensuring that your down-market brand and your core brand both succeed requires actively promoting why your core products deserve their price premium. Consider P&Gs repositioning of its diaper brands in the 1990s. In response to an increasing threat from private label competition, P&G refocused Luvs as a fighter brand and reduced its price by 16%. Even when P&G cut features and advertising for Luvs, the low-cost brand initially reduced sales of P&Gs high-end Pampers. It took a significant investment in promoting and improving the premium nature of Pampers before P&G was able to successfully keep both brands side by side.

4. Explore different sales channels. Creating tiers of value gives companies a way to show that premium offerings are more desirable. At the same time, showing differently priced offerings next to each other often pushes customers toward the middle. If the focus is less on using your down-market brand defensively, and more on using it to build a loyal base of customers, it may be valuable to develop a strategy that combats the inclination to choose the middle offering. One way to do that is by selling your up-and down-market products in different ways. For example, consider Salem Five, a Massachusetts-based retail bank. In addition to its traditional website, Salem Five operates a distinct no-frills site devoted to personal online-only accounts. The specialized site targets a group of customers who can help the bank lower its costs by declining paper statements and in-person assistance in exchange for better interest rates.

5. Win positive reviews quickly. Getting a lot of early publicity can be useful. Sustainable success, however, comes from getting positive reviews from the right segment of customers. Those customers should be able to quickly convince your target audience that your down-market product has been built to excel along important dimensions of performance. They can convey that your product was really built for them. Although much speculation and criticism surrounded the launch of the iPhone 5c, its ability to convert swaths of overseas Android users has helped Apple expand to a new user type. For example, sales of the 5c in Europe in the months leading up to the unveiling of the iPhone 6 helped buoy Apples sales at a time when the company’s core crowd was not buying.

Now that we have seen some winning strategies for reaching down-market customers without hurting your brand, let’s see how the Mercedes CLA fares along with these five criteria:

While different industries and product lines demand unique strategies, Mercedes seems to have created a lot of brand risk for a short-term boost that has already subsided. Carefully distinguishing your down-market brand to create and deliver value for identifiable customer types can help ensure that your company does not make the same mistake.

Contributed to Branding Strategy Insider by Steve Wunker, Author of JOBS TO BE DONE: A Roadmap for Customer-Centered Innovation, and David Farber. The Blake Project Can Help You Create A Brighter Competitive Future In The Jobs To Be Done Workshop. Branding Strategy Insider is a service of The Blake Project: A strategic brand consultancy specializing in Brand Research, Brand Strategy, Brand Growth and Brand Education. 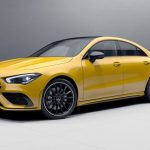