Leaders that drive change are usually singled-out and rebellious. They don’t fit in but somehow have a way to bring people together to work on disruptive ideas that may be crazy to some but often have significant impacts on the organisation. Elon Musk is an example of a crazy (read-intelligent) person that makes crazy things happen. Musk said good ideas are always crazy until they are not.

Crazy people with disruptive ideas are different and that makes them special. The late Professor Mohammad Abdus Salam from Pakistan, was a physicist and the first Muslim to win a Nobel Prize in 1979. His colleagues described him as someone who was brimming with ideas. While 90% of them were nonsense but the remaining 10% were noble prize-winning ideas that can change the world.

Crazy ideas remain crazy until we find ways to implement them successfully. I was involved in the implementation of several crazy ideas over the last three decades. The first was when my Dean decided to offer a degree in Accounting Information Systems. The marriage between Accounting and Information Technology was something unheard of in Malaysia in the early 1990s.

The idea was mooted in 1995 after I returned from the United States, having completed my Master’s Degree in Accounting specialising in Information Systems. I shared my experience of how IT has, and is, going to change the accounting profession. We started by offering a couple of AIS subjects before the Dean decided to offer a degree programme.

What has IT got to do with accounting? questioned some senior faculty members. Even the Malaysian Institute of Accountants was against it then. I remember what the MIA President at the time said during one of our heated discussions that we will only produce half-baked half-cake accounting graduates.

The Dean tasked us, a small group of young lecturers, to design the new programme. We were the ‘soldiers’. I was only 28 years old then. Going against all the odds, we worked hard to make it happen. We finally received recognition from MIA in 1999, and it quickly became one of the top accounting programmes in the country.

Second, the same Dean decided to use English as a medium of instruction. His logic is very simple. English is the business language. Graduates with English proficiency will improve employability. I remember the uproar. Many were against the idea but he just pushed for it. We became the first Faculty in the university to use English in teaching and learning. A few years later, English became a norm among the lecturers and students, and our Graduate Employability increased dramatically.

Third, the Dean negotiated with ACCA (Association of Chartered Certified Accountants) and CIMA (Chartered Institute of Management Accountants) to integrate professional papers into our accounting programmes. Again, the majority of lecturers were against it. It will be tough for the students, many said. It caused another uproar up to the point that the Dean who was then the Assistant Vice Chancellor was advised to step down. The results? Demands for both programmes increased significantly and our accounting graduates become the preferred choice among employers. The haters who were against the ideas are now proud of the achievements.

I left the Faculty when appointed as the founding Dean of the Graduate School of Business. We were given a heavy task by the VC to work on three international accreditations, famously known as the triple crowns, AMBA (Association of MBAs), AACSB (Association to Advance Collegiate Schools of Business), and EQUIS (European Quality Improvement System).

Instead of going for three, we added another, ABEST21 (The Alliance on Business Education for Tomorrow), an accreditation body based in Japan. Being a newly set-up business school, many said we were crazy. University management designed a new 10-year strategic plan with higher targets. Understandably, nobody likes to change. Despite the resistance, the management continued to push for the new agenda. We laid out a 5-year roadmap for the new business school.

We set a target to become a top business school in Malaysia. We also aimed to be among the world’s top 100. To become one of the best, we have to balance academic rigour and industry relevance. A few senior professors who did not buy the idea left the school. Deep inside, I knew the target was almost impossible but we still pushed for it. If we don’t reach the stars, we can land on the moon. I believe what many hate now will eventually become the norm when it becomes a success.

The crazy leaders I mentioned are no longer with the university but they left a lasting legacy for the institution. They are my gurus who made crazy things happen. The university is flying high now and the business school is in the world’s top 200. Many may have forgotten them but they are the game changers. I learned the same story from the former VC of Universiti Malaya, Tan Sri Gauth Jasmon. Without him forcing the change more than a decade ago and the strong support he received from the Ministry of Higher Education, UM may not be one of the world’s best now.

The same goes for the National University of Singapore. The university management made a bold, controversial move in the early 1980s that caused a big uproar but NUS is now one of the world’s top 20 universities today. Transformational leadership is about doing the right thing and pushing for crazy ideas that work. Crazy leaders aim high and they pull the trigger.

To make or break? The choice is ours!

When I was promoted to Deputy VC for Research and Innovation, we produced a roadmap called RICE (Research, Innovation, Commercialisation, and Entrepreneurship). The mantra is for our university to become Relevant, Referred and Respected. I remember two researchers presented crazy ideas that were rejected previously but seemed workable to me. We set up two laboratories, a Chemistry and Hi-Tech labs. What do science and technology have to do with a management university? many asked.

The Chemistry lab has since produced 37 Intellectual Properties, commercialised five products, guided many local SMEs to grow, and helped the university to be one of the best. However, the owner of the Hi-Tech lab left after I left the university due to the lack of support. It’s a pity as she was working on Hi-Tech research in collaboration with top researchers from the Massachusetts Institute of Technology and Oxford University.

I had another opportunity to push for a big transformation agenda when appointed as the VC of another public university. It was another tough journey but nothing is impossible. We pushed for experiential learning and established living labs to make us relevant and our graduates employable. In less than three years, together as a team that believed in the same vision and mission, we transformed the university from the bottom-ranked into one of the best in the country.

I believe the world needs more leaders with disruptive ideas to lead a major breakthrough. Those leaders who are ready to work beyond their self-interest to identify change, create a vision to guide and push for the change agenda through influence, inspiration, and execution of the change. They are crazy but committed leaders who work hard to motivate, inspire and bring people on board to work on disruptive ideas that will bring major impacts not only to the organisation they lead but also to the environment and the society.

Some may think they are crazy and the mediocre ones will hate them for disrupting their normal lives. Instead of confronting them, they ‘hug’ their haters. Transformational leaders are different from normal leaders. They are crazy, stubborn, rebellious, and risk takers but they are also intelligent and confident (yet humble), and importantly they are able to inspire their followers to believe in the impossible. They set the example by working harder than their followers. In a nutshell, they are special leaders who walk the talk!

Are You In Control, And Having Fun?
Onsurity - How This $ 60 Million Start-Up Makes Health Care Accessible And Affordable 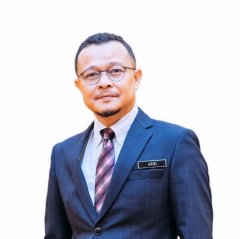 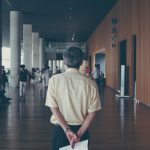