iPrice Group again collaborated with App Annie, an app market data and insight company, summarized the complete e-wallet app platforms in Indonesia from Q2 2019 until 2020. Utilizing data from app download and monthly active users (MAU), this research presents more concrete data regarding who is the most top player amongst all e-wallet apps in Indonesia.

In addition iPrice also collaborated with JakPat to conduct surveys about Indonesian Shopping Behaviour during Ramadhan to see what’s their favourite payment method while shopping online.

Here are the 7 premier breakdown findings of the most popular e-wallet in Indonesia:

Based on a previous study, local players took the top e-wallet rankings in Indonesia. This  result can be attributed to  the successful promotions and campaigns done by these aforementioned local e-wallet developers, and to the government’s support in enabling Indonesia to become a cashless society.

GOPAY, OVO, Dana, and LinkAja are the top four e-wallets with the highest number of active monthly users during the Q2 2019-Q2 2020 period. For the apps with the most downloads, these four players also take the top spot.

In line with the data on the highest monthly active users, Ipsos also conducted a research about the popularity of e-wallet players in Indonesia. The research showed that  58% of respondents chose GOPAY as the most familiar e-wallet, followed by OVO (29%), DANA (9%), and LinkAja (4%).

GOPAY is the E-wallet with the highest monthly active users

GOPAY is one of the services available in the Gojek supper app, which snagged the top spot of  having the highest number of active monthly users from Q2 2019 to Q2 2020. Although the available data is an accumulation of Gojek app users, the total  downloads of GOJEK apps also ranked first  when it comes to having the most downloads in both Android and iOS platforms.

GOPAY is also the newbie’s first choice; for first-time e-wallet users, GOPAY is selected as  their first choice. 60% of respondents said they used GOPAY as their first e-wallet. In addition, GOPAY also has the most organic users (54%) despite not offering promos or cashbacks to their users.

Non-bank E-wallets, Ovo and Dana, Have the Next Highest Monthly Active Users

Ovo and Dana consistently rank in the top three e-wallets with the highest monthly active users. These two e-wallets are non-government e-wallets with a financial service that focuses on transactions and fund transfers. Unlike GOPAY, which is incorporated in one supper app that consists of various services, OVO and Dana are independent e-wallets that help non-bankers to have cashless transactions.

During Q2 2019 to Q2 2020, OVO was ranked second with the most monthly active users per quarter. Followed by Dana, which also managed to consistently rank third in the same period.

For the total download of the apps, there was a slight change of ranking in the Q4 2019 period where Dana replaced Ovo as #2 after GOPAY. However, other than this quarter, the rankings have been consistent.

Q2 2020 is a challenging period, social distancing and lockdown are implemented in Indonesia to help reduce the spread of the Covid-19. Ovo initiated some products to support Indonesia in managing this pandemic and recovering from it.

Directly commenting on its rapid growth & performance in this study, Jason Thompson, CEO of OVO shared that the key to their growth has always been continuously learning and anticipating user and merchants evolving needs. ?He added ”We have spent hours talking and learning from merchants in traditional markets, enabling OVO to have a closer understanding of what drives them or even discourages them to become part of the digital ecosystem. More than ever, during the COVID-19 pandemic, fintech platform should step up and support the adoption of contactless transactions, keeping our users and merchants safe, while still addressing key life necessities”

As  the only e-wallet owned by BUMN (state-owned enterprise), LinkAja has a static ranking from Q2 2019 to Q2 2020, both for monthly active users and total app downloads in Android and iOS.

LinkAja already has existing users ever since because it is a combination of four bank-based e-wallets which are quite well-known in Indonesia.

Our data shows that  privately owned e-wallets have a fluctuating surge of monthly active users in a year, especially those in ranks 5 to 10. The opportunity to continue to develop and innovate e-wallets is wide open, considering the high acquisition of users for e-wallets other than GOPAY, Ovo, Dana, and LinkAja.

JakOne Mobile Bank DKI is a bank-based e-wallet and it can be used either by customers who already have a Bank DKI savings account or prospective customers who have not yet opened a savings account. Bank DKI was chosen as the bank for KJP Plus Funding (Jakarta Smart Card), and withdrawing these funds can be done through an ATM or by coming directly to the nearest DKI Bank office.

The existence of a government assistance policy affects the ranking of JakOne Mobile’s monthly active users. In Q1 2020, JakOne Mobile was ranked ninth, but in Q2 2020, it  climbed up four ranks, positioning it as  the fifth e-wallet with the most monthly active users. For total app downloads, it also increased in ranking, from ninth to seventh. The increase in rankings can be attributed to the recommendation of the DKI Jakarta government to use JakOne Mobile’s app to monitor the receipt of government-aided funds..

The participation of Bank DKI in helping to ease the financial burden on students in Jakarta makes the JakOne e-wallet app an alternative to cash transactions for Jakarta residents. This helps minimize the physical contact of beneficiaries due to the ease of checking balances in one mobile  app.

The use of financial apps in Indonesia has increased in total sessions month after month. iPrice, together with App Annie, analyzed to find out how big the improvement was by comparing Year over Year (YoY) data. Data is obtained by analyzing the total sessions spent by Indonesians on financial apps based on Android devices because Android users have a very large dominance in Indonesia. Data from StatCounter said that about 92% of smartphone users use Android devices.

E-Wallet As a Payment Method When Shopping Online

E-wallet as an alternative online payment is evidence of increased cashless transactions. Based on data that iPrice and Jakpat collected, 26% of the 1,000 respondents said they chose to use e-wallets/e-money as a payment method when shopping online. This will give a lot of room for e-wallet in Indonesia to grow even more.

Likewise, Tempo mentioned that debit card transactions have a declined percentage, where the growth was 4.14% in 2019, while in the previous year, it almost reached 10%. This is in line with a previous iPrice research where it shed light on the lack of access to bank accounts and the high number of “unbanked” population in Indonesia, which proved the country’s potential demand for digital wallet service companies. E-wallet is now able to provide convenience in  both online and offline transactions through only one platform in Indonesia.

Jason Thompson, CEO of OVO, also directly shared that cashless transactions are gaining traction as shown from their significant growth during the pandemic period. “Bank Indonesia and other regulators are also encouraging the public to conduct non-cash transactions to prevent transmission through banknotes. Not only as payment gateway e-wallet is now as part of e-commerce payment, Online Food Delivery, Investment platform and government incentive” said Thompson. 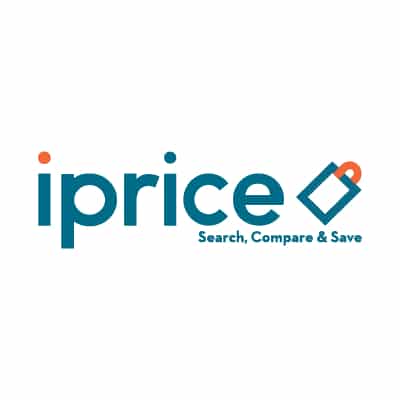 iPrice
40
iPrice curates highly insightful data that are unique and unbiased in the world of tech, e-commerce, and online retail by providing data-rich, interactive, and media-specific targeted content that varies from the latest tech trends to the top e-players in Southeast Asia. They also provide high-quality country-specific insights and data on seven markets, namely Singapore, Hong Kong, Vietnam, Thailand, Indonesia, Malaysia, and the Philippines. Through collaborations with data partners such as App Annie Intelligence, SimilarWeb, and Parcel Perform, iPrice has been featured on numerous prominent publications including South China Morning Post, Bloomberg, Motley Fool, Nasdaq, IGN, and Tech Crunch, to name a few.
YOU MAY ALSO LIKE
0 5 0
September 30, 2022
0 9 0
September 30, 2022
0 39 0
September 29, 2022
0 24 0
September 29, 2022 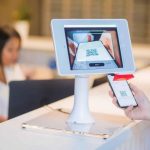