Over the pandemic, pitchIN had continuously turned heads as they achieved new milestones and set new records! In May 2021, they had raised a total of RM5.5 million through their own equity fundraising exercise. In November 2021, they became the first Equity Crowdfunding (ECF) platform in Malaysia to successfully raise over 200million on their platform and most recently hosted the first ECF deal to reach their lifetime ECF limit of RM20 mil with Commerce Asia.

Founders Sam Shafie and Kashminder Singh, known more commonly as Sam and Kash, first came together in 2010 to generate ideas to get into the startup ecosystem. Coupling Sam’s extensive law background and Kash’s background in tech review publications, they partnered up with venture builders to turn some of their ideas into reality.

Though not all of the ideas stuck, one of the more promising ventures was the pitchIN Reward Crowdfunding Platform. After seeing more potential in the growth of this venture, in 2012 they decided to focus on this full time and then went on to set new records in Malaysia for projects that raised the most funds and for the most number of backers for a single project.

pitchIN then successfully executed a slew of groundbreaking crowdfunding projects such as the first-ever Indie festival in Penang -TAPAUfest and the first private-public crowdfunding collaboration exercise with MaGIC. At the same time, they also hosted crowdfunding projects for companies such as Wok It, a mobile kitchen that serves quick and customised meals to raise finances to build their kitchen and to set up a permanent home.

As they saw the successes of these campaigns and the growth of the companies, they realised there was another opportunity to support these causes further. They decided to start the WatchTower and Friends (WTF) Accelerator, to guide and prepare these tech startups to grow and scale. The Accelerator went on to invest in more than 55 startups, some of them have become notable Malaysian startups such as TheLorry, MoneyMatch, MyCash Online, Omnimatics, PostCo, Runningman, Lapasar, ParkIt, AdvanxHealth, iConstruct, Mesolitica, Ejen2U, Pomen, Kakitangan to name a few.

In  2016, pitchIN received approval from the Securities Commission of Malaysia to run an  Equity Crowdfunding (ECF) platform as a Recognised Market Operator (RMO). Though it was a clear strategic move to expand their financial product offering, Sam and Kash both saw the gap it could close in fundraising as well as the bigger opportunity to democratise investing through ECF.

While introducing the crowd and businesses to the opportunities that ECF held, pitchIN made the effort to ensure the culture remained horizontal as they scale.  To them, it was important to provide the team with equal opportunity to share and have their ideas heard. Once the ECF platform was launched, they picked up traction very quickly; further proving the demand for funding in the startup scene. The early-stage funding gap is a well-known problem in the Malaysian startup ecosystem and pitchIN’s aim was to solve it through empowering innovative new startups with alternative funding opportunities.

As pitchIN continues to achieve new milestones and set new records through its platform, its core values in democratising investment have remained true and strong. With 130+ successful campaigns in tow, it is clear that they are indeed closing the funding gap that they saw all those years ago.

Consider investing in growing startups, SMEs and founders at equity.pitchin.my

Founder Branding: How To Do It And What You Need To Know
Publicis Groupe Announces Senior Leadership in Japan 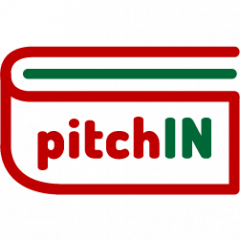 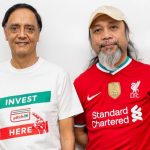