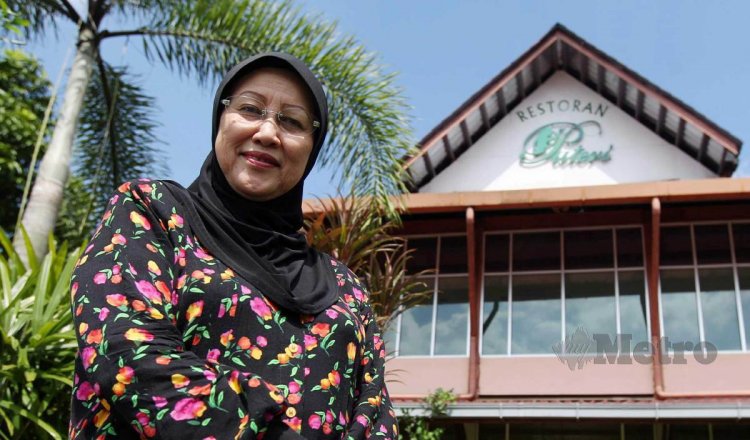 “Restoran Puteri” in Taman Tun Dr. Ismail, Kuala Lumpur. Those in the vicinity might be familiar with it, its menu with Malay Johor/Southern dishes, and likely, the owner too. The owner was a popular actress in the 70s and 80s. I remember watching her movie “Dayang Suhana” when I was a little boy in the 70s, which left an impression on me that remained to this day.

The main characters in that movie were Azman, a widower, played by the legendary Dato’ Rahim Razali, and a divorced single mother, Dayang Suhana, played by the actress – Rubiah Suparman.

I did not know how popular she really was as I did not follow any artists, nor did I regularly read Utusan Radio & TV (URTV) the popular entertainment news magazine of those days. I just remembered her from that good acting, and I was kind of a fan. Sometimes I saw her on tv when I watched tv with my mom.

She started this restaurant when she was still active in movies and dramas. Unlike the actors in Hollywood, or maybe even Bollywood, Malaysian actors did not make the millions. Even though they broke the box office. Some even ended up broken with multiple box office hits. Our Seniman Negara, Tan Sri P Ramlee was a case in point.

“Ibu” Rubiah (a lady who sat next to me in the restaurant suggested I call her that, as I am young enough to be her son; her eldest son was 50) I’d say was smart. She invested some of her earnings into workable ventures. She partnered with a well-known lyricist, Habsah Hassan, and set up Restoran Puteri. Restoran Puteri served delectable Johor/southern style “kampung” Malay dishes. This style is very sought after by many Malays, especially the affluent residents of Taman Tun. Yes, also by Malaysians who love “kampung” style Malay food, which is a little on the “pedas” (hot and spicy) side.

I was fortunate enough to dine at her other outlet nearby in Sungai Penchala; for a wedding reception. Unfortunately, I did not manage to visit her other outlet in Brickfields, which had to be closed after 37 years of operation, thanks to the recent lockdowns. The outlet at Taman Tun was still thriving as I went this morning. But just like most F&B outlets in Klang Valley, they were woefully short of staff.

So Ibu herself rolled up her sleeves and did the scooping and serving. At 75 years old, she was moving around as fast as her workers around the restaurant. In and out of the kitchen, talking to individual customers, back to behind the serving counter to scoop the nasi lemak, to the kitchen again to check on the “lontong” gravy/soup (kuah lodeh), came to my wife to apologize for having to wait for her lontong, to the cashier’s till, back to serving again etc….. Man! I became breathless just by describing her movements.

So sprightly and forget that she’s 75! She was even faster than some of her staff. I would love to ask her what was her “secret”; but as she was busy and the restaurant was full, I only had the chance to ask her if she was “kak Rubiah?” We chatted a bit when I complimented her that she’s still very strong and sprightly and I watched her movies as a kid. That’s when she said, “Wow! That was long ago!” She also mentioned that I must be about the same age as her eldest. I replied, “Probably, I’m 52” and she told us that her eldest son was 50.

I was so amazed that she still maintained he good looks and energy at 75. And if we want to say that she just ate “healthy” food, I would say “bulls**t”. The food she served is typical Johor/southern Malay food as I mentioned earlier. Thus, most of them are the “lemak-lemak” type ie “masak lemak”, “rendang” and fried oily stuff. The kind of food that most doctors, especially your cardiologist would scream at! “Scream” as in “Gimme some of that! Damn delicious!” Of course, there were some “ulams” (raw leaves/vege) there. The closest to “raw salad” that we have in Malay dishes.

So, the question is, how did she maintain her health and energy?

I definitely would love to know that! At 50, I was diagnosed with weakening kidneys and at 51 I suffered from heart failure and had to have an angioplasty done. My own mother, a retired nurse, 70 showed signs of worsening kidney functions and started to undergo dialysis at 73.

And here we had Ibu Rubiah Suparman, at 75, slim, bright-eyed, and ever so sprightly and energetic!

My wife, Emily, offered a possible explanation – it’s because she’s always active. Very possible. As the “towkay”, she could just sit behind the counter just taking payments. But it seemed to me that she loved to move around. She also talked to her customers. Greeted and chatted with them.

It looked like not only that she kept her physical faculty active, but she also kept her mind active too!

Many as they went past 45, preferred to go slow. You’ll hear them saying, “At this age, bla bla bla……”, “as we got older, bla bla bla…” and so on. Ibu Rubiah seemed to have missed the boat when they passed out these sentences to say. Or maybe she forgot what year it was?

I’d say that she knows exactly what her age is, accepted it, and chose to be active and productive. She kept both mental and physical faculties in action so that they did not atrophy.

This is something that we, at any age can emulate. Let’s keep our minds and bodies active. Read things that are mentally challenging, things that grow you. We might stop growing physically as we age, but we don’t have to stop our minds growing. Keep moving – walk, cycle, hike, dance, or whatever tickles your fancy. Don’t just exercise one hand with a thumb with the TV remote or both hands and both thumbs with your handphone.

Exercise your whole mind and body. Have fun with life. Don’t just wait to die!

How Often To Post On Social Media
Cikitsa, The Homegrown Health And Beauty Brand Introduces A Range Of Sustainable Products 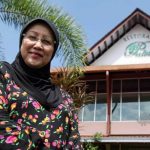