Sumeet Mehta completed his MBA from IIM Ahmedabad, and went on to work with Procter & Gamble in Singapore. But the small-town boy in him always thought about how the gap in education in metros as compared to a non-metro city affected children and their future.

When he and his wife, Smita Deorah, left their cushy, corporate jobs in Singapore in 2012, they knew they had to build something in India.

“Our sole objective was to do something meaningful for the country,” he says.

On their return, they realised the Indian education system had a problem that needed to be addressed and solved. It led them to start Lead School, now Lead. The duo wanted to use edtech in schools to address challenges associated with low fee schools.

“Parents choose to spend a significant portion of their income to send their children to a good private school, thinking that 10-12 years later they will be set for life. But by the time they realise that their child is not ready for the job market, because the education they received was broken, it is already too late. This was the area of the largest unmet need we intended to solve through LEAD,” Sumeet says.

LEAD was born in Areri, 35 km from Ahmedabad, with just 14 students on day one.

The mission was to transform school education in India. In 2016, LEAD opened four more schools in Kurduwadi, Akkalkot, Karmala, and Mangaon. By 2017, LEAD had taken over four government schools, in addition to several other public schools and partner schools.

The ‘integrated system’ offered by LEAD helped schools digitise the entire curriculum and provide solutions for every stakeholder — teachers, parents, students, and school owners. Since its inception, the startup has been transforming core schooling in India with its innovative full-stack school edtech solution

Earlier this month, LEAD became the first edtech unicorn of 2022 after raising a Series E round of $100 million. It plans to use the funding to focus on product and curriculum innovation, growth, and hiring top talent across functions.

LEAD has seen rapid adoption in the last four years and will enter the academic year 2022-23 with 5,000 schools across 500+ cities in India with an annual revenue run-rate of $80 million. It aims to serve close to two million students and is unique in committing and delivering measurable improvement in student learning outcomes in schools.

“LEAD’s desire is to engage with schools stems from the fact that this is where the child spends the most amount of time: six to seven hours a day, five to six days a week. That is a lot of time available to make a difference. Also, it is LEAD’s core belief that supplemental education can only go so far. If we have to transform education, we need to transform core learning at school. And the only way to do that at scale is by the use of technology and data,” Sumeet explains.

He adds that the startup is focusing on Bharat, which is where most of the schools in the affordable and low fee segments are. “That is the medium-term focus.”

LEAD’s long-term strategy involves looking at international markets. It aims to look at markets where there is a gap in the supply of good quality schooling, in Asia and Latin America. 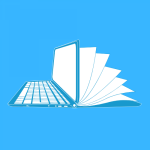