Rubber Monkey, the New Zealand e-commerce platform for creatives, is on the hunt up to NZ$2.5 million new capital to expand its Australian presence.

Founded by Laurence Alexander and Nigel Stanford, a former TradeMe CEO and Mighty Ape major shareholder, Rubber Monkey is a one-stop-shop for specialist audio, visual and photography products, with more than 94,000 items listed on the site, and branches in Auckland, Wellington and Sydney.

Alexander said Rubber Monkey is on track to generate more than NZ$20 million of revenue in FY22, including NZ$2.5 million through its Australian website, despite minimal effort. Total group revenue is forecast to grow to NZ$95m in FY27, with Australian sales surpassing New Zealand sales that year.

“We’ve enjoyed consistent market growth since Rubber Monkey’s inception both in New Zealand and more recently Australia, we’ve seen this Trans-Tasman success as a lucrative opportunity to further our expansion across the ditch,” he said.

“Too often we hear about big Australian companies coming in and taking over smaller operations in New Zealand. This is a genuine opportunity to flip the script and take a New Zealand business to Australia and further. We aim to be the first company of our type to do it.

“With premises now secured in Sydney, supplier agreements in the process of being signed and staff being recruited, Rubber Monkey is positioning itself to capture the much more significant market opportunity in Australia.”

“It runs 90% of our business process, not only our sales front-end but also everything from warehousing, shipping, accounts, sales admin, promotions, support and data analytics. Designed from the ground up and utilising the talent and experience of industry leading experts, it’s what sets us apart from the all too common generic ‘off the shelf’ approach to e-commerce,” he said.

“As a key adviser and co-developer of our technology, we really benefited from Nigel Stanford’s history with TradeMe. He had a deep understanding of the web space and how usability and customer journey needed to work. It guided our strategy from the beginning.”

They plan to use the funds to further their presence in Australia and growing its product range, adding inventory for both the Australian and New Zealand markets, alongside further investment to fit out the warehouse and distribution centre in Australia and increasing investment in marketing and sales. 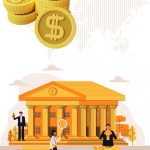