Most companies provide their users with the best of what they do. These companies slog away at becoming better, faster, cheaper, stronger, more powerful, more engaging, easier to use, better fitting, frictionless. These companies compete with other enterprises within their vertical: whether its the over 100 other brands of blue jeans, 300+ brands of automobiles, or the hundreds of drinks you chose from when you woke up this morning from coffee and tea to milk, water, Red Bull, Coke, smoothies, The Butchers Daughter or all other.

If you were to graph how well these companies perform, you would discover that all the top performers bounce around near the top of a bell curve of baseline advantages: better, faster, cheaper, stronger, more powerful, better tasting, better fit, easier to use, feels better, etc. But despite endless points of differentiation all jeans look, feel and fit pretty much the same. Automobiles transport us from Point A to Point B. And whether you’re drinking water, coffee, soft drink, bubble tea, or Red Bull, just about any choice you made this morning quenched your thirst or launched your day.

Once a competitor tries to outflank with a new advantage, the others counter in an endless motion of react/response/repeat.

These brands are bounded.

But according to Harvard mathematician Lszl Barabsi, some entities see the performance bubble as merely game stakes. Having already exhibited successful baseline outcomes, the next move for these companies is to put a dent in the universe. Shoot the moon. Or slingshot for Mars.

In my book Primal Branding I spoke with golf pro-Arnold Palmers agent Alastair Johnston, who was vice chairman at IMG (they merged with William Morris Endeavor in 2013). The objective at that time was to further Arnold Palmers career and, in doing so, they also mapped the careers of fellow golf champions Jack Nicklaus, Tiger Woods and countless athletes to follow. (Note: IMG also represented Nicklaus and Woods.)

Ninety-nine per cent of athletes endure as commercial properties only while they’re playing, Johnston declared. To be perceived as a winner is very short term.

So one of the things we tried to do was to build Palmer with being someone who is successful. Success is a lot more enduring than being a winner. Secondly, more people can relate to being successful than they can to winning.

Johnston’s insight was that Arnold Palmer was inside the bell curve. Every golfer in the world was trying to beat Arnold’s score, earn more titles, and become a better performer. His agency understood that eventually, someone would do so. That’s just sports.

Their new objective was to transform Palmer’s career from a great golfer to becoming something bigger than golf.

Arnie was now positioned outside the bell curve. He became unbounded.

The template Johnston and his IMG team created for Arnold Palmer was also transposed for Jack Nicklaus and Tiger Woods and has been borrowed by countless other athletes and performers, from Michael Jordan and Kobe to Rihanna and Gwyneth Paltrow.

Rihanna has won nine Grammy Awards, eight Billboard Music Awards, 13 American Music Awards and seven MTV Video Music Awards. The traditional arc for musicians has been to keep performing until you no longer have an audience. There were plenty of career models for Rihanna to follow, from Diana Ross and Nina Simone to Whitney Houston. But Rihanna determined not only to be an award-winning singer. Robyn Rihanna Fenty (known mononymously as Rihanna), stepped off the conventional career path to becoming a successful actress, fashion designer and businesswoman.

In partnership with LVMH, Rihanna launched her own makeup brand Fenty Beauty which, within weeks, reported over $100 million in sales. A partnership with Los Angeles-based TechStyle Fashion Group helped Rihanna launch her Savage X Fenty lingerie line. In 2019, LVMH and Rihanna announced their Fenty brand for high-end clothes, shoes, accessories and jewellery. And in October 2020, Rihanna enlisted talent like Paris Hilton, Willow Smith, Cara Delevingne, Bella Hadid, Normani and Paloma Elsesser to model in her Savage X Fenty Lingerie Fashion Show, Vol.2. This displayed the enormous value an award-winning star like Rihanna can bring to the fashion category.

UPDATE: In the weeks since this article was written, it’s been announced that Rihanna has become a billionaire. Rihanna is unbounded.

Gwyneth Paltrow began her public career as an actress, but she looked no further than her own mother (respected actress Blythe Danner) to see the career path in play for female actors. Paltrow looked elsewhere. Rather than move from young ingenue to playing someone’s mother to facing fewer and fewer acting roles for older women, GP saw how friends like Mario Batali emerged from their imprint as a chef to television celebrity to an investor in Eataly in Manhattan (after a #MeToo scandal, Batali is no longer associated with Eataly).

Using acting as her platform, Gwyneth Paltrow smartly tried something else. She co-starred with Batali and food critic Mark Bittman in a PBS series, Spain On the Road Again, which launched in September 2008. That same year, Gwyneth wrote a homespun blog about beauty, fashion and wellness that outlined her take on those subjects. The result became goop, a place of curiosity and nonjudgment where shoppers can blend how they want to look, act and feel with their pocketbook and go wherever Gwyneth wants to take them.

The original American models for unbounded brands were probably Benjamin Franklin and Thomas Edison. Benjamin Franklin was a writer, printer, scientist, inventor, philosopher, diplomat and politician. One of his products, the Franklin stove, is still in use today. Thomas Edison invented the light bulb, the phonograph, and the moving picture. These adventures in sight and sound were powered by Edisons General Electric Company. Edison’s innovative mind delved into other areas as well: Thomas Edison and Henry Ford made the first attempt to build an electric automobile 100 years ago but were thwarted by battery size. (Sound familiar?)

If you are a Primal brand, your chances of becoming unbounded are better than those brands bound by performance marketing drills. This is an exceptional claim and every marketer should take note.

An aside: Some companies these days are being forced outside their bell curve by their own users and fans. Nike sued MSCHF, the small Brooklyn-based company for altering Nike Air Max 97s as Satan Shoes in collaboration with rapper Lil Nas X. The little devils only sold 666 of them, but the $226 billion Nike corporation responded with a slap.

In the $65 billion gaming industry, one of the biggest trends is mods (modifications). Modding culture has been created by fans who are so engaged, they are building their own games on top of existing (company-designed) games. And fellow players today are geeking out mods of standard games like Minecraft are more popular than the original game.

The elephant in the room:

What does it mean when your fans start building your product enhancements for you?

Back to unbounded: If you feel like you keep climbing the same mountain year over year, it might be time for a new mountain.

Contributed to Branding Strategy Insider by Patrick Hanlon, Author of Primal Branding. The Blake Project Can Help You Create A Brighter Competitive Future In The Jobs To Be Done Workshop. Branding Strategy Insider is a service of The Blake Project: A strategic brand consultancy specializing in Brand Research, Brand Strategy, Brand Growth and Brand Education. FREE Publications And Resources For Marketers

5 Reminders About Creativity From The Beatles: Get Back
Website personalization: The ultimate guide to maximizing your revenue 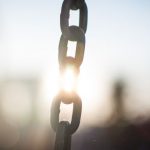