Filipinos living in Australia now have a super seamless way to transfer money back to their home country. Instarem, a leading digital cross border payments platform, has introduced a range of features that are dedicated to doing so.

The additions are all rooted deep in customer insight. Instarem’s existing Filipino expat audiences have indicated that they would like to fund their transfers using a card. Instarem has made this possible by introducing a feature that lets users in Australia make international transfers directly via their debit or credit cards.

In addition, Instarem users making transfers to the Philippines now have the option to choose cash pay-outs at over 21,000 locations across the country. Key agent partners include Palawan Pawnshops, Cebuana, M Luhillier, LBC, and BDO. They can also choose to send directly to bank accounts in the Philippines in real-time or to the receiver’s Visa cards, Paymaya and Gcash wallets.

Users will also enjoy a new and improved app interface that was recently rolled out across Australia. This will allow them to access the app with their fingerprint, transfer instantly to select destinations via an intuitive function called Quick Send and send money to beneficiaries in over 55+ markets in the world, within minutes. The app is tailored to truly take care of all their needs, giving them complete visibility over their transactions in an easy-to-use app dashboard.

Michael Minassian, Regional Head of Consumer Business at Instarem, APAC, said, “In the Philippines, the concept of ‘Bayanihan’ is very strong amongst the people. The Bayanihan spirit is indicative of the way that Filipinos help one another – they do so without any expectation of receiving something in return, especially through times of difficulty. Our goal at Instarem is to make this simple for our Filipino expat audiences. We want them to keep the Bayanihan spirit alive, even if they are far from home and we believe our new features make it easier for them to do so.”

Instarem currently operates in six continents and over 100+ markets, serving more than 130+ million end customers. More than $6 billion in transaction volumes are processed annually, and 60% of payments are made in less than 15 minutes.

Users sending money to the Philippines can opt for cash-out at 21,000 locations across the country. Key agent partners include Palawan Pawnshops, Cebuana, M Luhillier, LBC, and BDO. They can also choose to send directly to bank accounts in the Philippines in real-time or to the receiver’s Visa cards, Paymaya and Gcash wallets.

To use the service, users will have to download the Instarem app on Google PlayStore (for Android users) or on App Store (for iOS users). Existing users are encouraged to update the app via these app stores. 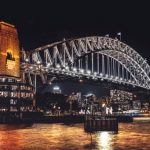