Believe it or not, there are at least a quarter or more than the top 131 companies in Korea already using or planning to use AI for recruitment and hiring, according to Korean Economic Research Institute (KERI). These companies use bots, the Artificial Intelligence (AI) to perform interview screening by using voice and facial recognition technology to analyze the candidate’s capabilities. These AI algorithms will spot the candidate’s facial expressions to determine the candidate’s emotions, behaviour, nervousness, whether they are a quick thinker, and even their sincerity.

The other happening is by 2030, potentially there will be the elimination of million truck drivers jobs due to self-driving autonomous driving technology according to studies jointly done by several  Automobile and Transport workers’ federations in UK and US.

The above are two scenarios as what we refer to as a job we are familiar with today may not exist anymore in the future. Hence, what will happen to these recruiters and truck drivers once their jobs are taken by AI? Why are these happening? This happened because;

As such, what happen when AI took away the job you are familiar with today? There will be

Therefore, companies, organizations, and individuals have to change as the Future of Work will transform work, workers, and the workplace, as SHRM explained it. This Future of Work is predominantly supported by who does the work, when, and where the work is done, and how the work is done. So, who will perform those works?

The inception of Gig Economy

Fundamentally, work can be done by workers that are employed on a full-time, part-time basis or even workers from crowdsourcing or gig workers.

As you can see, this series of The Future of Work is nothing new. The gig was incepted many years ago since the early 1915s by a jazz musician and over the years gig works have transformed. Grab started its gig business model in Malaysia in 2012. An American Elance, a freelance marketplace founded in 1988 merged with oDesk in 2015 and currently known as Upwork is one of the popular freelance marketplace platforms globally.

According to Forbes, by 2025 at least 40% of companies will be contingent (gig) workers. Furthermore, 25% of jobs we know today may not exist anymore. Having a future generation mindset, studies found that 68% of graduates will choose gig work as their first choice of work in the future.

Unfortunately, many people still have misinterpretations about the gig economy. Many still assume that gig works are for lower-income or lower-skilled workers. We need to position our mindset that gig workers can be anyone, skilled or non-skilled workers, knowledge or professional workers and they may be from Gen X to Gen Z, the future generations, and even the ageing populations.

How does Gig Economy work?

Gig Economy is a free-market system that has a combination of Gig Workers; the people, and Gig Digital Platform, the technology part of it. The gig economy has been digitalized for companies to access gig work through the available marketplace or own platform that connects potential gigs and the organizations. The gig economy design and solution is built to complete the entire business model, ecosystem, and framework.

Very common, we heard how delivery and riders use the gig platform to perform their task. There are also other marketplace platforms commonly used by employers and gig workers to market themselves with their credentials and availabilities.

We are not wrong with the above perspective but what are the differences between those two models? One is commonly known as On-Demand Work which is commonly used for ride-hailing, delivery, packing, housekeeping, and even skilled work such as tester, programmers, and many more. Whereas, the other model is Crowd Work which caters to non-standard work or any other independent work such as administrators, translators, graphic designers, photographers, educators, consultants, and many more.

To simplify the two models;

How then do you start a Gig Work and Platform?

Some may have a simple straightforward model, but for some companies that are looking into transforming their business model then, Gig Economy is not that straightforward to start as we have in mind.

The gig economy is a free-market system; as such, some companies are unprepared for any consequences when they start to engage Gig workers or start to build a gig business model.

Companies need to anticipate the fine prints and potential backlashes if they don’t get the right fundamentals. Most of us are aware that Malaysia has yet to govern this gig economy. Gig workers are not protected under the current Employment Acts; hence companies should anticipate backlashes, qualities, and deliverables.

Gig workers will have varied commitment levels as they have the option to work with multiple employers or works at one time. Companies that are stringently regulated need to ensure that they have the control in place to regulate these gig workers. Hence, they need to review their current policies and procedures as to how they can mitigate any risk when they engage these gig workers.

At the end of the day, the organization needs to understand what they like to achieve before one starts or engages in a gig platform or workers. Evaluate what is your current business structures, practices and look at how you are going to mitigate, govern and control those potential risks or backlashes. The other critical component is the company needs to determine how to integrate the gig culture into the organization.

What Is Inbound Marketing And How Does It Relate To Blogs?
Carsome Launches “Make It Carsome” Regional Brand Film 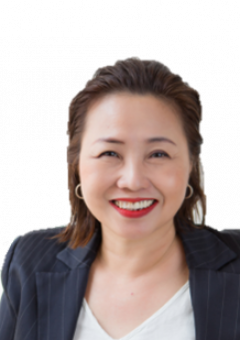 Elsie Low
16
Elsie was once an IT Services and Business Process Management led Practitioner and Subject Matter Expert. She now writes, mentors, and coaches one on the fundamentals of the digital transformation journey and the Gig Economy, the Future of Work. She can be connected at DXGIG@Valuelab or elsie.low@valuelab.com.my. She believes one should stay relevant, continuously engaged, and prepared for business change and transformation. She can be engaged at #DXGIG@Valuelab OR connected at elsie.low@valuelab.com.my as she helps organizations and individuals who like to start the transformation journey. #DXGIG Set the Pace #DXGIG at your Service
YOU MAY ALSO LIKE
0 138 0
August 8, 2022
0 176 0
July 20, 2022
0 230 0
July 19, 2022
0 232 0
July 1, 2022 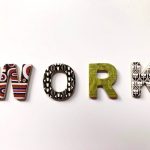