Electric Vehicles have given a window to multiple new players in the auto space. It’s one of the most lucrative tranches globally, and even in India, we have seen several new players joining the fray. Ola recently made its foray into the EV space with its electric scooters, and now the company is on its way to developing a new electric car.

The image teased by the Ola CEO Bhavish Aggarwal on Twitter suggests that the car would be a swanky-looking battery-electric hatchback. It will likely be a large sedan and not a compact hatchback for intra-city use. So someone who purchased a Tata Nexon EV and an Ola S1 e-scooter would probably lean towards buying an Ola electric car, right? 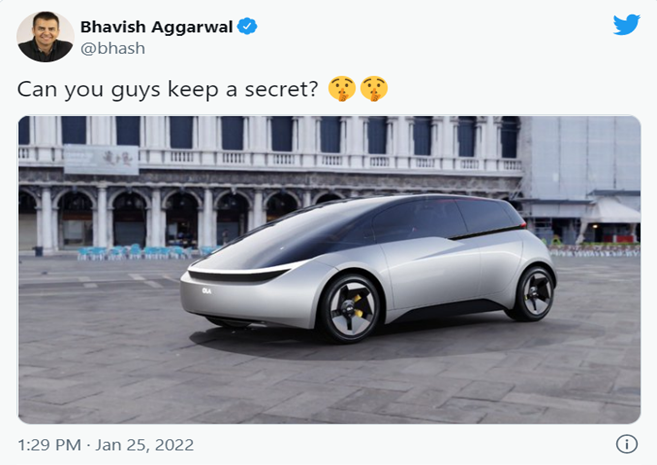 Over the next two years, one will see many EV two-wheeler roll-outs. India can replace China and emerge as the global hub for electric vehicles. Ola is building the core tech behind it. By the end of 2025, India will not be selling petrol or diesel. The reason India is going through this electric mobility wave is the consumers. They have rejected petrol and adopted an electric future.

For a start-up, Ola’s plans are so aspiring that they can put established players in the shade. They  have invested Rs 2,400 crore to build a factory in Tamil Nadu that can produce two million electric scooters, to begin with further expanding to 10 million per annum. Moreover, they bought Dutch startup Etergo last year, and are setting up 5,000 charging points in 100 Indian cities, which will be ramped up to 400 cities and 1,00,000 charging points.

SoftBank Group-backed Ola Electric is in talks with numerous global suppliers to build a battery cell manufacturing plant in India with a capacity of up to 50-gigawatt hours. Most of these top companies, including Tesla and NIO Inc., are focusing on premium and luxury market products, according to experts. The firm has said it is ramping up its core R&D in advanced cell chemistry and manufacturing, as well as other battery tech and new energy systems. 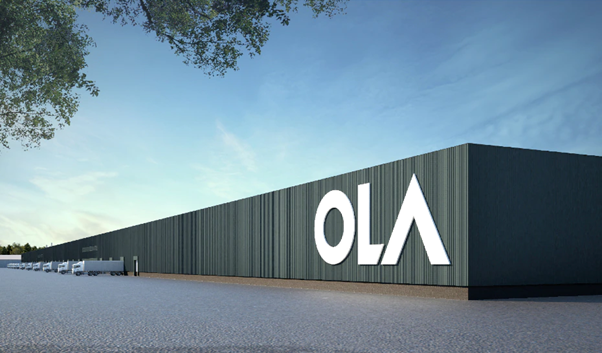 The prancing horse is also setting its sight on an electrified future by recently announcing plans to present its first fully electric sports car in 2025. Besides this, Ferrari unveiled a new $320,000 first plug-in hybrid car on Thursday as the luxury sports car maker famed for its roaring combustion engines retools its range for an electric era. The 296 GTB is Ferrari’s third hybrid to go into series production, excluding limited-edition vehicles.

Ferrari and its rivals are wrestling with how to shift their line-ups to battery power without losing the high functioning that supports their premium pricing. The Italian company plans to turn 80 per cent of its car production into fully electric or hybrid models by 2030. It follows the SF 90 Stradale in 2019 and a convertible version, the SF90 Spider, last year. Porsche, part of the Volkswagen group, already offers a full-electric vehicle with the Taycan model. However, Ferrari is ahead of its arch-rival Lamborghini, also part of Volkswagen, which plans to launch its first full EV in the decade’s second half. 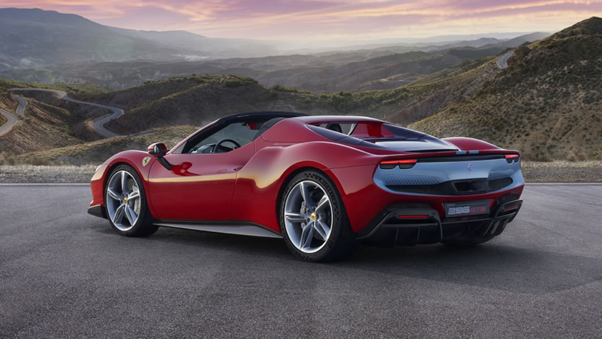 Making progress in parallel, Kia, not long ago, rolled out its first electric vehicle offering-the somewhat unimaginatively named EV6 GT (a first cousin of the Hyundai Ioniq 5), in India, and it is a winning combination of design, performance and features. Its 800-volt technology allows the end consumer to charge it at ‘superchargers’ of up to 350 kWh. This is significant because the 77.4 kW battery can be charged very quickly, and only cars like the Porsche Taycan and Audi e-Tron GT have the same tech—and they’re way more expensive. 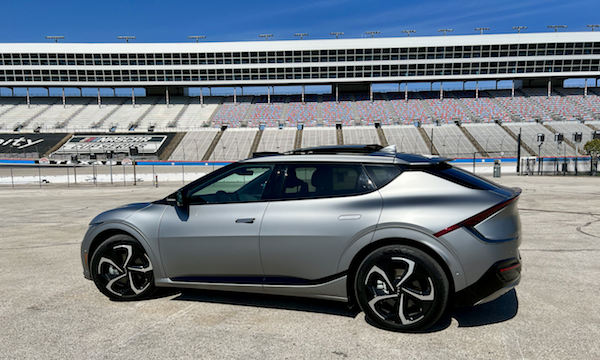 Tata Nexon EV, which lowered the price barrier for the segment and became the largest-selling electric car in the country, was a big mover in four-wheelers last year. Tata will follow up with an electric version of its premium hatchback, Altroz, later this year. The luxury car segment also saw the appearance of Mercedes EQC and Jaguar iPace. Audi, BMW, and Volvo are set to follow suit. 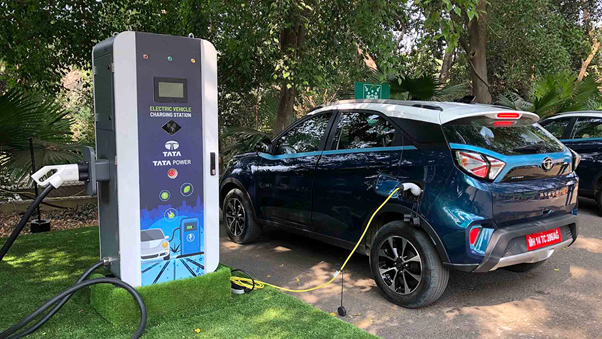 EVs are touted as a one-stop solution to many problems in India. These include those concerning air pollution and the steep oil import bill that depletes our foreign exchange reserves. However, India’s road to a fully-electric ecosystem still has a few potholes – High cost, inadequate infrastructure, and lack of high-performing EVs.

The electric variants of the 2 and 4-wheelers are often priced higher than regular fuel options. This is the primary reason for the slow adoption of electric mobility. Availability and affordability of capital for OEMs, battery manufacturers, charge point operators and end-users would be key.

American Shoppers Predicted To Spend 70 Million Hours On Mobile During 2022 Amazon Prime Day Holiday
Retro Glow Foam Party For A Cause: A Big Thank You To The Sponsors 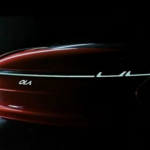