He said, “I don’t think we want to grow less than this year.”

Recently, the edtech startup raised $70 million in a Series D funding round led by Alpha Wave Global and Tiger Global, which put Classplus at a valuation of $570 million.

The edtech startup said it will use most of the capital for product and technology development.

Mukul added, “We are expanding internationally, so some of the capital would be needed there.” Besides, the startup will also focus on strategic partnerships.

Mukul said raising funds is one part of building the business as the edtech startup wants to be well-funded to make better decisions. He added that more than the investment, investors and partners are more important to the edtech startup.

Talking about the key focus areas, he said, Classplus started with use cases of academic offline coaching institutes and tuition centres.

“Anybody who wants to launch their online teaching business can essentially do it via Classplus,” Mukul added.

Last year, after seeing a huge adoption from the content creator market, the edtech startup has plans to focus on this growing market in the near future.

“We have also launched in a few select geographies in the Southeast Asia region,” he said. With the startup receiving good traction from Tier II and III cities in India, Classplus also plans to focus on tapping into the ‘Bharat’ market in the future.

While talking about key metrics, Mukul shared that Classplus has digitised over 100,000 educators. ”More than three-fourth of this audience comes from Tier II and III India,” he added.

At the core of its business, Classplus aims to help educators reach the maximum number of students. 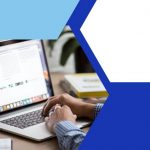