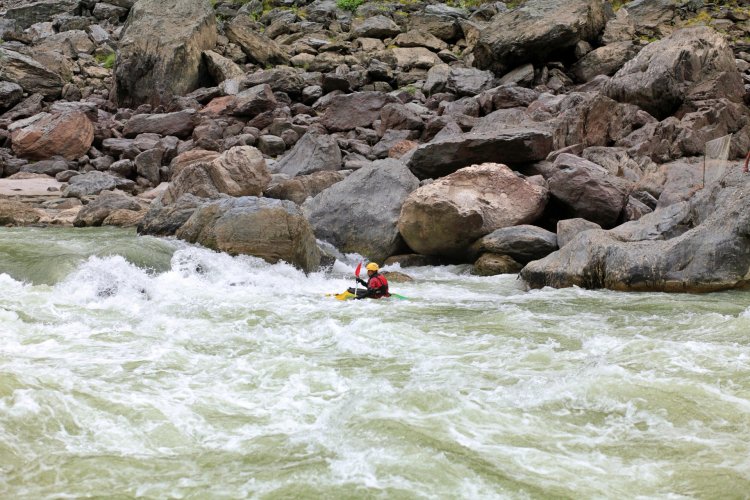 I was scrolling through my Instagram feed and came to a reel of an extreme kayaker having fun in what I would say is a deluge. In this clip, you can see @danejacksonkayak in a small pink kayak in a deluge. How the heck did he do that??? This did not make me just go “hmmm…”; it made me go “WHOA!!!” Most of us would go “WHOA!!!” and would never go into that deluge too! Nor into kayak too! Even in the calm water of Putrajaya Lake!

Dane Jackson, according to the handle on Instagram, not only got into that small pink kayak, but somehow got into that deluge (did someone push him off?); went into that violent water, had fun, and had full control of that flipping (pun intended) kayak! When my mind slowed down from a “WHOA!” to a “hmmm…” I wondered, “What’s going on in Dane’s mind?” Who is Dane Jackson?

From the redbull.com page on Dane Jackson:

“Dane Jackson KNOWS white water. The freestyle kayaker grew up travelling the USA in an RV with his family, getting home-schooled by his mother, and chasing kayaking competitions with his father, Eric Jackson, an Olympic paddler and founder of the company Jackson Kayaks. Dane dominated nearly every junior world title early on in his career and by 2011 he’d started winning pro-level contests, including the Whitewater Grand Prix and the IFC Freestyle World Championships, distinguishing himself as more than just his father’s son.”

Most people would say “oh, he’d been doing this with his father”, “he’d been winning since 2011”.

What caught my eyes was “Dane Jackson knows white water”. How long did it take for Dane Jackson to “KNOW” white water? Would this correlate to what Malcolm Gladwell quoted in “Outliers” – 10,000 hours, about ten years of practice and doing?

The Experience – And Practice

I saw the video in 2022; Jackson had been winning since 2011 – eleven years. Assuming he is talented, he still needed 2,000 to 5,000 hours of practice and doing to reach certain levels of mastery – to the winning level.  He was born in 1993, and probably started kayaking when he was between ten to thirteen years old. He turned pro in 2010, at seventeen.

A few things that “spoke to me”:

And, though he could not control the deluge, he controlled two things:

What Can We Learn?

If you look at the business world, or if you are a businessperson, most times the business world is just like that deluge. In the forty years I had been selling or involved in business, even as small as a chicken seller under the ice-cream man umbrella, the business had never been like the calm water in a lake. It had always been a river. For you to enter a river, there are a few things or skills, that you need to master or at least learn before you can enter the river, safely and stay alive. Let alone thrive and have fun like Jackson.

Of course, his father wouldn’t simply throw him into the rapid. Most likely, he would have started on land. Got to know the parts of his tools of the trade. Then, tread into the shallow water, just to be comfortable with the kayak in the water. A few strokes of paddling, turning around – to get going.

I had an adventure in a kayak once – paddled the river from Kuala Berang to Pulau Duyong (near Kuala Terengganu). It was a huge and deep river, not so fast though and no rapids in between. We were given a few minutes to get acquainted with our kayaks, taught the basic techniques, and most importantly, how to get out of the kayak safely if it capsized. We were not taught to get ourselves upright again if the kayak capsized.

We learned the rest along the way. We were told to keep near and along the banks. Only after an hour or two, were we allowed moving a bit further from the banks. After midday, upon being satisfied that we were already decent kayakers, the safety crew gave us some space. We were even allowed to have a bit of fun splashing each other with the paddles – after half a day of apprehension and stress!

Were you immediately THAT confident when you started in sales? Clueless was more like it, right? How many employers – especially micro/small/medium enterprises (MSMEs) – would actually “bother” to even train their salespeople? In my own experience, I was dunked into the “not-so-deep” water. A few weeks later my then-boss said, “OK, I think you can sell…”. No training. I left that first sales job 9 months later, with a total of RM601,000 sales clocked in.

I took my own initiative. I signed up for one of the popular multi-level marketing or network marketing deals at that time, with a structured training program. RM75 to sign up, and then a monthly commitment of RM60 for books, motivational & training tapes, and training sessions. Great deal! It helped me to gain knowledge and connections for my work (most of the people in our network came from the oil & gas and energy industries – my target market!) and build a nice small side business.

Only eight years later I attended a “proper’ “The Art & Science of Selling” training for three days. After persistent pestering at the company, I was made a partner.

Fifteen years down the road, I attended a few more courses – which I paid for myself. Employers were still seemingly reluctant to pay for good, tailored courses for their employees.

Why is training so important? Yet…

If you want to have the level of control that Dane Jackson has, and KNOW “selling”, and sell with a lot of fun – you need to train. Either self-learn or with a coach, to reach that level of competency and confidence. I paid it myself because in most parts I also was a director of the companies. If you want your business to be like Dane Jackson, your people need to be trained like Dane Jackson. Don’t be stingy with funds. You’ll get the returns multi-folds! 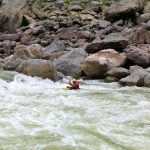