As a tech entrepreneur and software professional, Vishalini Paliwal has led or been a part of both engineering and product management teams.

Zipy is the latest of startups she has founded, her other two entrepreneurial ventures were Eninov Systems and Helfie Mobile Solutions. A graduate of Indian Institute of Technology (IIT), Roorkee, in 2000, Vishalini has worked with Motorola, Persistent Systems, and sales-readiness software venture MindTickle.

But over two decades, she has been a developer at heart, one who transitioned into product management. Vishalini has consulted with a battery of startups, like online wholesale marketplace Lal10, mental wellness app InnerHour, and online prep app SarkariPariksha among a bunch of edtech engagements.

Being at the intersection of engineering and product management has been pivotal for Vishalini founding Zipy, a software debugging tool for small and medium-sized businesses globally, in July 2020.

Debugging is the process of locating and eliminating errors, bugs, or exceptions in computer applications. It is handled by developers using software tools to do debugging checks, detects, and correct bugs to allow smooth operation of programs according to set specifications in the application.

Zipy, which is headquartered in San Francisco and has an India office in Pune, emerged from a key insight.

“Usually, the customer experience side of the story never reaches developers, or engineering teams,” Vishalini says, based on her myriad experiences. “Developers usually end up solving an issue that lands up with them through support teams or product managers.”

Worse still, customers move from an ecommerce app to another if there is a problem, say, with the payment link. Or, they don’t go through with the transaction. So, the odds are against developers when it comes to customers reporting a bug.

The Zipy proposition is to bridge the gap for developers between the occurrence of a bug, and when they detect it.

“We capture issues in a live environment as they are happening,” says Vishalini, referring to the Zipy team of 20 persons. “Instead of knowing a bug after the customer complains, our tool proactively informs developers, so that they can see the impact a bug is having on customer experience.”

How is this possible? “We capture users’ actions without revealing any sensitive or PII (personally identifiable information) data. So, a problem or issue can be replayed in the form of a video to the developer,” Vishalini explains.

This can save weeks of time for developers, and make them more efficient. Zipy is able to replay the context of what a customer was doing until the bug surfaced as a video timeline.

“When a product reaches millions of users, there are different workflows and use cases that developers couldn’t have thought of,” Vishalini explains. “And things start breaking in a live environment. Those critical issues are very difficult to reproduce.”

Zipy’s session playback helps identify the period when the issue happened. Developers can then click on the problem and see where the code is breaking.

“Observability is going to be the key to understanding customer issues proactively and it impacts business outcomes directly,” says Jyoti Bansal, the Co-founder of AppDynamics, which was acquired by Cisco for $3.7 billion in 2017.

In April, Zipy raised $2.8 million in a seed round led by Blume Ventures and Together, with participation from Jyoti Bansal, Neeraj Arora, former Chief Business Officer of WhatsApp, among angel investors, and seed funds BoldCap and FirstCheque.

“Any bug has a huge impact on an organisation in terms of revenue loss, customer churn, and much more importantly loss of precious developerctime in resolving that bug,” says Sanjay Nath, Co-founder of Blume Ventures. “We were amazed to see how Zipy can bring down the TTR (test, troubleshoot, and repair) of a bug by 10X with a very unique privacy-first approach.”

When Zipy listed on product-discovery website ProductHunt on March 15, it attracted a number of reviews, and got voted as ‘Product of the Day’.

Until then, Zipy had less than 150 customer sign-ups, which have increased multifold since being featured on ProductHunt, Vishalini says. The customers are from the US, Europe, Latin America, Japan, and Singapore, she adds.

While the debugging platform is aimed at SMBs, it is getting increased attention from large and mid-market enterprises, she says. These enterprises have larger teams of developers.

Vishalini says the benefits of Zipy are inter-connected. First, it reduces the time to discover software bugs, and fix problems faster.

“A lot of customers may move to a different ecommerce app, or they might stop using a product,” Vishalini notes. “If the ecommerce developer knows about the problem in real time, they have a better chance of retaining the customer.” Zipy also measures the revenue that might have been lost because of the bugs in the production environment.

Third, improved developer productivity. “Developers are an expensive resource today,” Vishalini says. Traditionally, most of a developer’s time goes in figuring out what went wrong, and gauging the context of the program bug. “So, we look at time-wise savings for them to be more efficient. They can innovate more and debug less.”

Zipy is currently looking to scale up its sales and marketing team. And what’s more: to figure out the customer pain points of Zipy, the platform runs on Zipy to proactively identify the bugs in its programs! 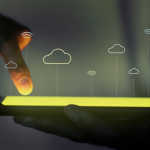