Often salespeople tumbled into the sales career not by plan. Often by “default – whatever that means. Let’s look at why you decide or came to sales by default, why you decide to remain, and what you can do to be better at it.

For close to thirty years, this had been a mystery to me. I met many salespeople who told me that they never planned to be in sales. So, what turned them into salespeople?

When? Why? By choice? Default at the time? Did YOU get into sales by choice or default?

Them, you, and yes, me. No salespeople I met told me that they always wanted to be a salesperson. At any stage – when they were growing up, at school, at college or university!

I was a through and through technical guy. A little snobbish I might add. Even though I was not really the best of the engineering bunch, I, however, saw that being an engineer was far superior to being a salesperson.

It didn’t help that I was not a very friendly person too!

My thoughts and perception came into question when I was retrenched from my field engineer job. I came across Robert Kiyosaki’s “Rich Dad, Poor Dad”. Other than the E-S-B-I quadrants, I only really remembered (and paraphrased here) – “If you want to be an entrepreneur, you need to be able to sell. If you can’t sell, you don’t have any hope!”

That was how it hit me. Brutal!

I had the ambition to become an entrepreneur, a dream to become rich, etc. – Robert Kiyosaki said I had to sell!

It was a few weeks before I decided to switch track to sales. At the cost of not going back to the oilfield, when the opportunity arose even for many times. I decided to stick with sales and get good at it.

And I got good at it.

When or how was your turning point? Why did you think, “This is it! I want to be in sales. I’ll get good at this!”?

Why did I think sales was best for me?

Funny enough, when I was still a field engineer, the HR department and my bosses saw my potential in sales. I was identified and marked for a career progression in sales.

Question is, how did they see that? What did they see? Is there a “salesperson character evaluation sheet”, “salesperson matrix” or something? I guess there is one now, at least. 30 years ago, however, hmmm…

I still believed that I was so good technically. In Asia, I was among a very small bunch of field engineers who ran the so-called “hi-tech” services for the company I worked for at that time. I was so proficient at those services as I did that almost daily! Manuals were no longer needed.

But honestly, in hindsight, I was not that good, technically. Well, decent…, good; but not that great maybe.

I was actually better at dealing with and handling tricky clients. I had to connect and serve these clients from Malaysia, China, and New Zealand, on their turfs!

Being an arrogant engineer, I didn’t realize that at times I humbled myself to cater to these clients’ idiosyncrasies. I became open and willing to listen. I was willing to cater to their wants as long as the company’s Standard Operating Procedures (S.O.P) and safety rules were adhered to.

I did not see my tendency in “handling” the job was like a salesperson or customer service representative! I was not “bad” with the technical stuff but it seemed that I was actually better at dealing with people. At least the company thought so.

What were the things I did best?

I realized that I was not that strong technically in my first sales job. I only had to sell two types of cables – IEC331 & IEC332. I still couldn’t remember what IEC stood for! I could vaguely recall there’s this other thing called the “UL” rating.

What I did and still do best though is to simply listen. I tried to think of a solution or solutions, and I never gave up!

THEY SOLVE IT THEMSELVES!

I realized that the best solutions always came from the clients! They knew their work, their stuff best! Even though they were engineers who had only been at that job for six months; that was still six months longer than me!

I realized that I didn’t have to show that I was smarter than them. I only need to know and understand enough, at least so that they didn’t think I was an idiot!

I realized too that if you talked too much to “show” that you knew stuff, they will challenge you! Sometimes, you were trapped and your credibility was gone!

Thus I realized that the best way for me was to become a bouncing board. Let them throw their ideas and if these ideas were well cooked, they would stick to the wall like the spaghetti “al-dente”. All I had to do next was help them decide what sauce they wanted with the spaghetti, whether they wanted to put mushrooms, meatballs, or whatnot. Sometimes I also recommended the herbs to put in. If you were cooking pasta, that is.

Sometimes I helped them to cook the ideas a bit more.

I learned too that I could become humble enough (shed away my arrogance) and connect with people at ALL levels. Be they an intern, the chairman, or anyone in between.

The higher I went into the clients’ organizations, the gatekeepers I met became more “stern”. More difficult to get past them to meet with “the boss”. I found that I had the wit to overcome this too. By being nice to them! And yes, everyone would you if you say something nice about them – the hair, the tudung, the name, the smile, well you know the drill; sincerely though.

I found out that getting meetings with the bosses was not that straightforward all the time, but at times, it was (if I could explain myself to the gatekeepers; or the boss himself if I bump into him at the cafe)!

Fingers crossed, I have yet to be stumped in trying to reach decision-makers at various levels and various departments. That was one of the “things” that I carry with me with every company I worked with or engaged with.

That had proven to be a very valuable skill, that I didn’t know was in me when I started.

I’d suggest that you ponder and find the reason(s) why that you want(ed) to be a salesperson, or stick to being a salesperson. This was very important for me and still is.

This reason would get you through thick and thin and face your challenges. It’s like paddling and catching the right wave. Once you get there and caught the wave, you’d become a surfing legend (when you know how to do it well)!

Skills? You can always learn and practice. 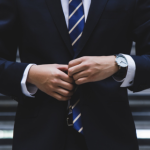