According to VC Circle, Swiggy has appointed a CEO to lead their food delivery business. Rohit will soon begin serving his notice period with Oyo and then take up his new role at Swiggy, though neither OYO nor the food delivery unicorn chose to comment on this.

Kapoor joined Oyo in December 2018 as the chief executive officer of its real estate business. Rohit Kapoor was promoted to global marketing officer at Oyo in April 2022.

His departure will likely come at a time when OYO, like several other late-stage startups, has been prepping for its initial public offering (IPO) but has seen its plans getting delayed after investor sentiments have changed and valuations have corrected.

Prior to working with SoftBank-backed OYO, Kapoor was employed at consulting firm Mckinsey&Co for over 10 years. He has also had a short stint with Max India Limited and group companies. 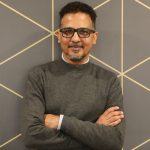