● The opinion poll is scheduled to go live on 3rd August at 5 PM IST, interested fans can participate by logging

● Lucky participants will be able to avail of rewards such as a brand-new iPhone, Shop the Arena vouchers and in-platform rewards worth up to USD 10

Post launching the Alpha phase of its flagship platform along with two binding polls for Dabang Delhi and Tamil Thalaivas two Kabaddi Teams, Sportzchain, a thought-leader in the blockchain-based fan-engagement industry, is all set to roll out the opinion poll for Iceland Cricket team. For the first time in the history of international cricket, fans can help a team decide its fixture list by simply casting their votes through an online forum.

The opinion poll is expected to go live on 3rd August at 5 PM IST. Interested fans can participate by logging in on Sportzchain’s platform. The lucky ones will be eligible for rewards such as a brand-new iPhone, Shop the Arena vouchers and in-platform rewards worth up to USD 10.

Siddharth Jaiswal, Founder and CEO, Sportzchain, said, “These are exciting new times. Who’d have thought until a few years ago that the sports we passionately watch on television or from the sidelines will one day ask for our opinions? As a hardcore cricket fan, this is everything we’d always aspired for. For the first time in the history of international cricket, fans like you and I have the opportunity to get our voices heard. We can cast votes and influence an international team’s fixture. At Sportzchain, this is what we have always strived to achieve. We are now making provisions for launching fan tokens so people can back their favourite teams by buying their respective fan tokens.”

The binding polls launched in July have already resulted in Dabang Delhi and Tamil Thalaivas starting to implement strategic team decisions voted by the fans. Now that the Iceland Cricket team is expected to face its European counterparts in the second half of this year, they wanted to open a poll to determine which team Iceland Cricket fans would like to see them compete. Considering this will be an opinion poll, the Iceland Cricket team may decide to implement the poll results depending on the favourable logistics of the fixture.

This opinion poll has historical significance since never in the history of cricket fans influenced an international cricket team’s fixture list. The poll gives a unique yet formidable power to fans, as they can have an actual influence on the growth strategy of an international stature team. It is forecasted that sports fans from all over the world, including India, the Indian Sub-Continent and the United Kingdom, will participate in the Sportzchain-Iceland Cricket opinion poll.

THAT Chicken Shop!
How Can E-Commerce Merchants Capture Growth In International Markets 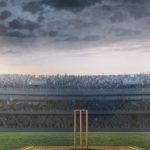