The canary in the ‘free speech’ coal mine is screeching. 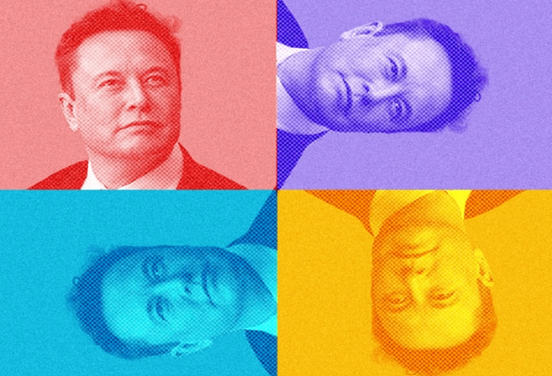 Twitter is usually awash with topics for discussion, but over the past couple of days one has stood out on the platform above others- what does the future hold for Twitter itself?

Remember how it all began in 2017 when Elon Musk asked how much will Twitter cost him?

On Monday, the social network’s freewheeling poster child paid forty-four billion dollars to take Twitter private, to adhere more closely to the principles of free speech, which, in a statement, he called “the bedrock of a functioning democracy.”

Now Twitter wouldn’t be twitter if its users didn’t poke some fun. As this news about Musk hit the internet, the microblogging site exploded in a whirlwind of memes and a frenzy of amusing tweets flashing people’s take on whether or not the blue bird has been set free. 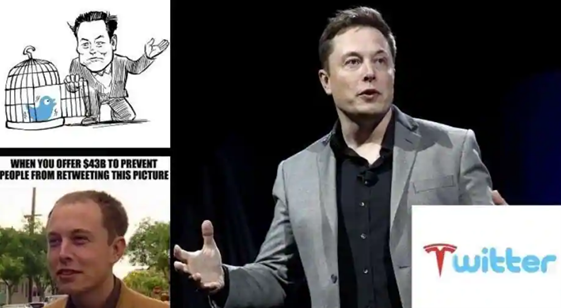 At the heart of the thread is a belief that Musk won’t actually be able to uphold the free speech ideals of the “old internet” because of how today’s internet operates, and end up opening gates of hate, lies and a single worshipped ideology. The deal has polarised the social media platform employees, users and regulators over the parameters that power tech giants use to determine acceptable discourse online and how those companies enforce their rules. Some users wondered if Musk will crack down on any negative tweets about him, whereas others began immediately advocating for the reinstatement of those who have been banned from the platform, including former President Donald Trump, and the slogan “Make Twitter Great Again” began trending. 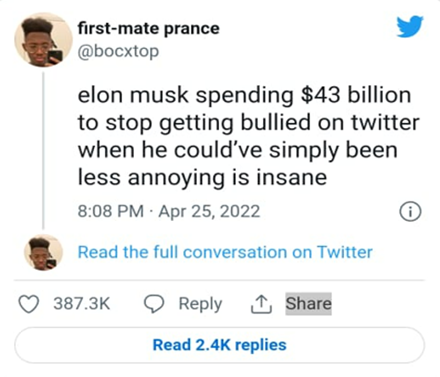 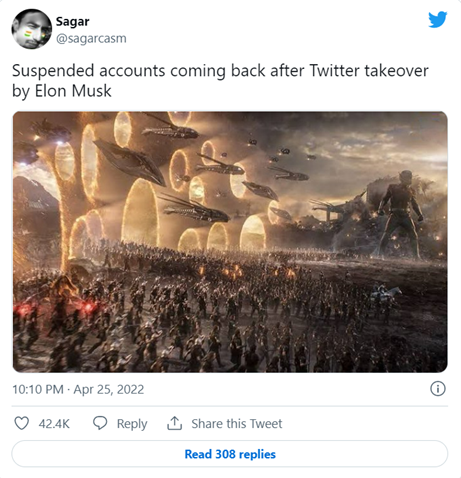 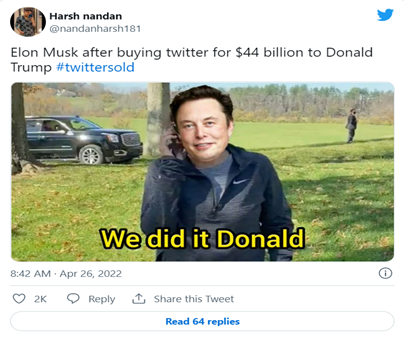 Others took the opportunity to tease Musk. 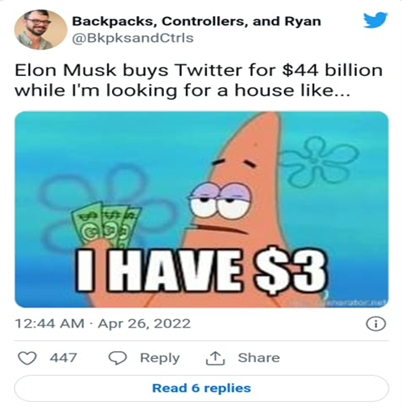 Twitter users also found the purchase as a joke. 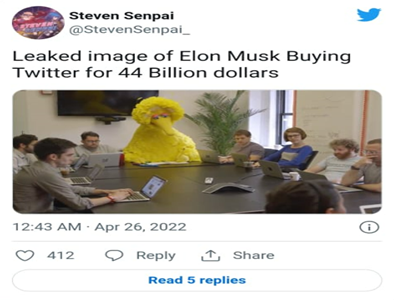 It seems to us that major changes are ahead for Twitter if Musk succeeds, but the specifics, right now, are pretty lacking. Elon said he wants to make the microblogging site a global message board. My first question to him: is the message board going to include Trump? Musk is on the clock, and his takeover of the company can merely be a ploy to drive up Twitter’s stock value. Off the point, the part that is going to hurt all of humanity, is that this will cause distraction from his mission at SpaceX and Tesla, because it’s not just going to suck up his time and attention, it may damage his psyche. There are a lot of people who could run a social media platform and do a reasonable job at it but, there’s really only one man who can run a rocket company. 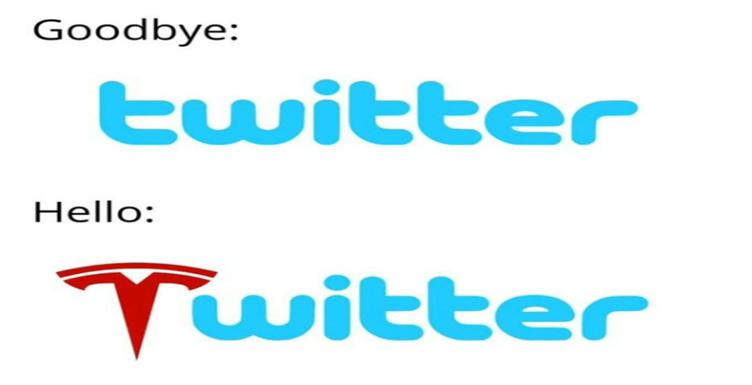 After acquiring Twitter, Elon Musk had joked he would buy veteran beverage giant Coca-Cola to “put the cocaine back in.” Notably, when the carbonated drink was launched in 1886, cocaine was used as a primary ingredient for flavour. Buying the soft drink’s company would be a major deal with its market capitalization of $284 billion. Elon’s own fortune currently stands at $253 billion. 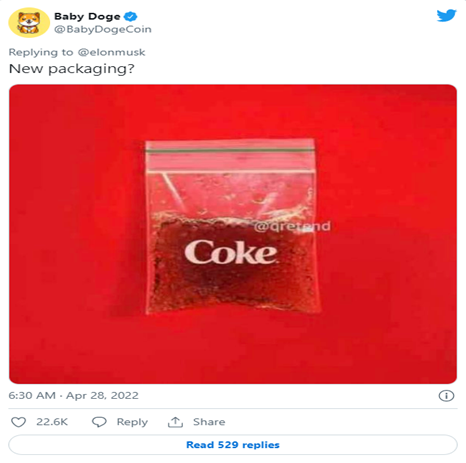 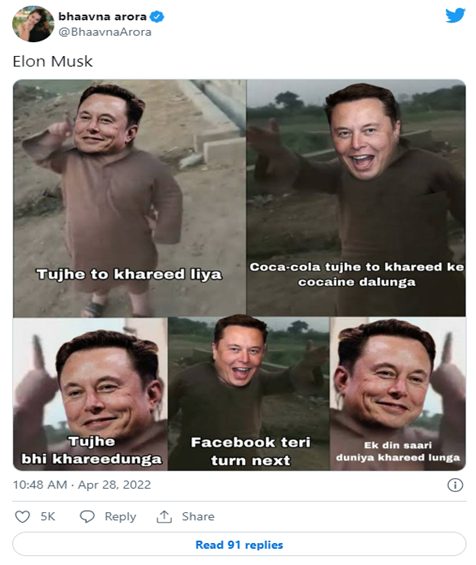 While it is unknown if Musk is actually buying the company, we are sitting back and enjoying the fun as his benevolent plutocracy unveils. 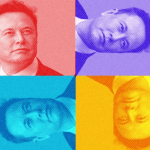