The crypto space has seen massive growth in 2020-2021. However, the space as a whole is still new and many of the products in the space still have a large learning curve to use. This is changing and the next five years could see some of the largest developments in the crypto space. This can come in many forms, 4 of which we will cover in this article.

A $100,000 Bitcoin has been one of the largest milestones in the crypto space for a long time. Although we did not touch that number in 2021, we can foresee that target being met sometime within the next 5 years, if not higher.

There are 2 key drivers during this time we can foresee driving up the price of Bitcoin to this threshold. The drivers are institutional adoption and the adoption of Web 3.0.

We are seeing a growing trend of large institutions entering the crypto space. For example, Visa, PayPal and Square are expanding their crypto solutions and capabilities to capitalize on the growing interest in crypto. The adoption of bitcoin and crypto from these large institutions will expose the space to a whole new large group of users and the awareness around crypto spreads. The adoption from these large institutions also lowers the barriers to entry for new investors as they can now directly interact and invest through these institutions, as opposed to trying to purchase crypto through a peer to peer basis or on exchanges that may have a risk of closing down due to regulations.

Apart from that, the adoption from these institutions can also raise the confidence and sentiment of the general public as their adoption is an indirect endorsement of the crypto space, which has been rife with controversy that may have left a poor sentiment amongst certain groups in society.

Another driver that can push the price of bitcoin to this threshold is the adoption and growth of Web 3.0. Web 3.0 has been a hot topic recently due to its extremely attractive value propositions of a focus on the decentralisation of data, application, and ownership. Web 3.0 is a movement of change towards a more publicly built and owned web, governed by community-owned and operated organisations enabled by blockchain. As the space develops, many would want to capitalize on this trend without being overexposed to the market through individual projects. The first place many eyes will look at is bitcoin, being the dominant crypto in the space, with a current 39.7% dominance. This will drive up the price of bitcoin as it is seen as the base layer of value in the Web 3.0 world.

Within the next 5 years, we can also foresee more countries rolling out their own central bank digital currencies ( CBDCs). CBDCs bring a plethora of benefits to the country that adopts them. CBDCs allow a government to combat illegal activities, such as payments frauds, more efficiently and offer citizens a greater sense of security regarding their funds. Apart from that, it can aid a country’s reduced dependency on cash, higher seigniorage due to lower transaction costs and reduced settlement risk. To date, the trend of CBDCs has only been growing. We’ve seen Nigeria’s successful launch of the eNaira in October, while countries including but not limited to China, Uruguay and Ghana are in the pilot phase of their rollout of their own CBDCs. The adoption of CBDCs could open the floodgates for crypto as it greatly lowers the barriers to entry for non-crypto native individuals to participate in this space.

3. The Growth of DeFi (Decentralized Finance) in the next 5 years

We also believe that DeFi presents a large opportunity for crypto markets to disintermediate traditional finance while participating in the growth story. DeFi attempts to replace most services offered by traditional financial institutions including borrowing, lending, buying insurance and trading derivatives.

At its core, DeFi aims to offer the same set of products and services as traditional financial institutions (e.g. banks, mutual funds) but in a decentralized fashion, operating more efficiently using crypto’s peer-to-peer network. In the DeFi ecosystem, protocols are vertically integrated allowing for easier and cheaper services.

Measured by TVL, lending/borrowing is one of the largest use cases of DeFi. In this space, we believe that protocols such as Compound and Aave will continue to offer more attractive yields as compared to traditional banks. Loans are typically over collateralized, translating to greatly lowered default risk. This is especially important as protocols do not rely on the borrowers’ creditworthiness.

While these kinds of borrowings are highly popular among traders, DeFi lending has yet to work in the mortgage and commercial lending space. We believe that in order for broad mainstream adoption to happen, DeFi lending needs to combine lending protocols with reliable digital identities that parties can use for automated “credit checks”. Cross-chain lending and borrowing interoperability also remain a key problem to solve.

On-chain insurance protocols such as Nexus Mutual and derivatives platforms such as dYdX, Synthetix, and Perpetual Protocol could potentially replace insurance policies and the OTC derivatives market.

Currently, decentralized risk management and insurance remain underrepresented in the crypto market, with its key value-add coming from enabling the trading of event risk (e.g. default risk, smart contract risk) between participants. We believe that the demand for insurance products will continue to rise, given the increased risk of fraud and theft in the space.

The derivatives market is one of the largest asset classes in the world and is often used to hedge against downside risks to their portfolios which affects profitability. This market’s trading volume remains <5% of decentralized exchanges, representing room for exponential growth.

The decentralized futures derivatives market has received significant funding in recent months, but there has yet to be a clear winner. We think that this area could enjoy massive growth due to:

4. The Rise of Game-fi, Metaverse and NFTs

Crypto gaming, play-to-earn and the metaverse are buzzwords that have been thrown around a lot in the crypto space lately. To date, the most successful play-to-earn game – Axie Infinity has seen massive growth in both market cap and user base. The ability for anybody around the world to earn an income through a game is a prospect that has resonated and will continue to resonate with millions in the years to come.

Being an active participant in such play-to-earn games has the potential to greatly improve one’s life, especially in countries with a lower income, with Axie Infinity alone being able to supplement the income of many players in the Philippines as an example.

Within the next five years, we will see an evolution in the crypto gaming space. The in-game digital economies will become more complex and mature compared to Axie’s dual token system. With multiple AAA games set to release in the near future, it would be of no surprise when major game studios release their own play-to-earn game within the span of these five years. This will bring a large influx of players, not only into crypto gaming but also into the crypto space.

There are currently over 2.5 billion gamers around the world and in 2020, the revenue from the worldwide PC gaming market was estimated at almost 37 billion U.S. dollars, while the mobile gaming market generated an estimated income of over 77 billion U.S. dollars. The potential of play-to-earn gaming is a huge incentive for these 2.5 billion gamers to adopt these games and game studios to develop them.

This is all happening in conjunction with the release of Unreal Engine 5, one of the most advanced game engines ever made. With its lifelike rendering ability using nanite technology to render millions of polygon models in each frame and its scalability to be run on lower-end hardware, games are going to be more realistic and impressive than ever.

Virtual reality will also play a pivotal role in the growth of crypto gaming in the next five years. Players can jump into an interactive and immersive virtual world to experience games and even work in these virtual worlds. Virtual reality has seen a large growth in previous years with the most successful VR headset- the Meta Quest 2 has sold over 10 million models so far. More and more people will be driven by the allure of virtual reality, and VR compatible play-to-earn games will see large growth in player counts during the next 5 years.

Facebook’s rebranding to meta and its commitment to building out the metaverse is a huge step in building out the infrastructure to grow these digital economies by providing access to drive mass adoption. 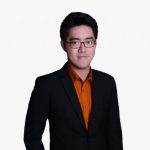