Cristiano Ronaldo leads the list of the most influential players on Instagram who are expected to play at FIFA World Cup 2022™, according to Nielsen InfluenceScope. The Portuguese striker comes in ahead of Argentina’s Lionel Messi, Brazil’s Neymar and France’s Kylian Mbappé.

Rankings are based on Nielsen’s influencer measurement tool, InfluenceScope. Nielsen utilized its InfluenceScope platform to evaluate total followers, follower growth, engagement rate, and average brand value per post on Instagram to determine which players provide the most Social Media Value for the fee required.

Cristiano Ronaldo, who has been a global superstar for nearly 20 years with Manchester United, Real Madrid and Juventus, again increased his Instagram following in the past year with around 47% follower growth.

The Paris Saint-Germain attack of Lionel Messi, Neymar, and Kylian Mbappé rank in that order behind Ronaldo, each averaging over $1 million in media value per post. Messi’s media value is over $2.6 million per post and his 358 million followers trail only Ronaldo.

N’Golo Kanté, who has won the World Cup, Champions League and Premier League, has the highest engagement rate with his followers in Nielsen’s top-10 at 11%. Kanté is the only English Premier League player to crack Nielsen’s top 10 list.

Barcelona and Spain midfielder Gavi is the top Breakthrough Player in Nielsen’s index of likely World Cup players, ahead of Brazil’s Raphinha and Antony.

Gavi, who made his Barcelona and Spain debuts in the last year, has increased his following over 5000% since August 2021 to reach 5.5 million followers. His posts have an incredible engagement rate of nearly 30%.

Raphinha’s summer move from Leeds United to Barcelona and Antony’s August 2022 transfer from Ajax to Manchester United will probably help the two wingers to continue to rise up the ranks of Breakthrough Players.

Youth is not necessarily a prerequisite to make the Breakthrough Player top 10, as evidenced by Argentina’s midfielder Rodrigo De Paul (28). He is fifth on the breakthrough list after more than doubling his social following in the last year to nearly 5 million. His engagement rate of over 13% is also high.

Reigning world champion France heads into the 2022 World Cup as the most influential national team in the tournament ahead of Brazil and Portugal. This trio are the only national teams with over 10 million followers.

64% of France’s fans come outside their borders. Four French starters in Nielsen’s top-10 of most influential footballers (Mbappé, Benzema, Kanté and Paul Pogba) have increased the global reach of Les Bleus but they still have lower international appeal than other major European footballing nations.

A whopping 86% of fans following Portugal come from outside of the country. Portugal’s 10.3 million followers on Instagram amounts to more than the entire country’s population. Ronaldo’s international appeal has certainly played a role in the national team’s global popularity.

The other top European teams, England, Spain, Germany and the Netherlands all attract over 70% of their fans from outside the country. Along with both France and Portugal, all have won or been in the final of the World Cup or European Championship since 2010.

Morocco will be the most influential African team on social media heading into this year’s World Cup. Morocco has driven the biggest follower growth of all 32 World Cup teams over the last year and enjoys a 3.4% engagement rate, the highest in the top-10.

Moroccan wing back Achraf Hakimi, number eight on Nielsen InfluenceScope’s top-10 breakthrough players, has potentially helped to drive this growth in following for the national team. Hakimi’s 10 million following has more than doubled since he joined the likes of Messi, Mbappé and Neymar at Paris Saint-Germain in July 2021.

Less than half of Mexico’s 5.7 million followers on Instagram are from outside of the country, despite over 25M Americans claiming El Tri fandom according to Nielsen Fan Insights.

Marco Nazzari, Nielsen’s Managing Director of International Sport said, “With dozens of the world’s most recognizable athletes competing for football’s ultimate prize, the World Cup will capture the attention of nearly a billion people. This event provides brands unique opportunities to partner with the right footballers to effectively engage their target audiences. Nielsen InfluenceScope evaluates all aspects of a particular player’s influence so that brands can ensure that they receive a proper rate-of-return for the right investment.”

The methodology includes a range of performance and sponsorship-related key performance indicators (KPI) including social following, content engagement, fan base growth, and equivalent media value of branded content published by each player. Leveraging the flexibility of InfluenceScope, different weights are given to each KPI in order to distinguish them in terms of importance.

In this case, leveraging the flexibility of InfluenceScope, more weight was given to the growth in following and performance over the past year than to more static KPIs.

InfluenceScope’s methodology can be applied to any type of profile that is capable of exerting an influence online These are the most popular national teams participating at FIFA World Cup 2022™. 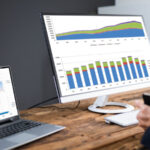