Sarita Harilela has been appointed Director of Coverage, responsible for news coverage from the Asia-Pacific region, as well as leading the network’s global coverage for key parts of the day. She has been with CNN International for 17 years, most recently as an Executive Producer based in Hong Kong, responsible for feature shows and programming. Harilela has been involved in all major news stories from the APAC region over the past decade including the pandemic, the Hong Kong protests, Typhoon Haiyan and the 2011 Japan earthquake and tsunami.

Nicola Careem has also been appointed Director of Coverage. She joins CNN after 19 years with the BBC covering conflicts in Syria, Iraq, Yemen and Afghanistan. She was most recently the South Asia Bureau Chief based in New Delhi overseeing a team of journalists working across digital, television and radio.

Irene Nasser joins the APAC team as a Senior News Editor. She has spent the last five years with Al Jazeera English in Doha handling breaking news, planning coverage and overseeing teams in the field. Prior to that, she worked as a field producer based in Jerusalem working on both news and documentaries.

Alex Stambaugh has accepted a new role as a Senior News Editor.  She has been with CNN for five years, most recently as a Senior Content Producer for CNN’s International Newsource which serves more than 1300 affiliates in the U.S. and around the world. She has also produced from the field on stories including the Hong Kong protests, the Trump-Kim summits in Vietnam and Singapore and the Thai cave rescue.

Ellana Lee, Senior Vice President and Managing Editor, CNN Asia Pacific, said: “These key roles reinforce our commitment to the region and further strengthen our newsgathering capabilities.  These are unprecedented and uncertain times, so bolstering our Asia Pacific coverage for our global audience, across all of CNN’s platforms, is more important than ever.” 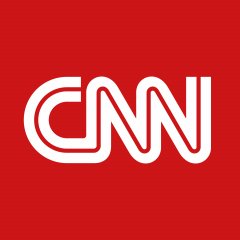 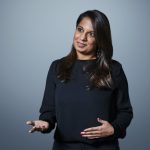