Bertelsmann India Investments (BII), the venture capital arm of German media company Bertelsmann, has announced a new fund of around $500 million to invest in new startups as well as follow-on investments.

Established in 2012, BII is a sector-agnostic fund which largely focused on Series B stage investments but is now foraying into the early-stage segment. It now plans to partner with others to make selective Series A and mid-stage investments in about six to eight deals in a year. Earlier, it used to do around three to four deals annually.

This new fund is part of Bertelsmann’s group-wide ‘Boost 25’ strategy where it plans to invest between €5-7 billion by 2025 to increase its revenue and profits.

BII has invested in more than 17 companies and the current portfolio includes the likes of Eruditus, Licious, Shiprocket, Pepperfry, Agrostar, and Lendingkart, among many others. It has invested a total of about $285 million in startups to date.

Pankaj Makkar, Managing Director of BII, said, “We are very pleased to be more than doubling our investment under the new Bertelsmann Boost programme. We aim to connect with founders early. With a decade of experience, we have witnessed that founders and companies are exhibiting maturity at an early stage. No doubt, the industry landscape is changing and we are ready to dive in.”

According to BII, it plans to focus on investments in the healthtech, enterprisetech, future of work, fintech, agritech, and other sectors.

For the core mid-stage investing programmes, BII will continue to lead the rounds with a ticket size of $5-20 million as an initial investment. The investment may go up to $40 million during the life of the selected startup, the VC firm noted.

BII is part of the Bertelsmann Investments (BI) division. Bertelsmann has other strategic businesses in India such as Penguin Random House, Fremantle India, and Majorel. The group continues to look for growth opportunities in India and the surrounding region. 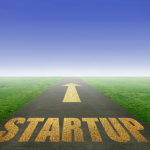