Among them was Andy See Teong Leng, Principal Partner and Managing Director of Perspective Strategies, who was confirmed as President-elect and Secretary of PRGN. As President-elect, Andy will deputise the President in the overall leadership of the global network. Andy has been serving on PRGN’s Executive Committee since 2019 as Secretary and also as the Regional Vice President for the Asia-Pacific since 2020.

This is the first time that a Malaysian has been elected as the President-elect of the worldwide network of 53 independently owned firms. Andy See founded Perspective Strategies, a Malaysian award-winning PR and Strategic Communications firm. Perspective Strategies, which celebrated its 15th anniversary recently, is the exclusive Malaysian agency in the global network. Andy is also active in the Malaysian PR industry body, having served as President of the Public Relations and Communications Association of Malaysia between 2018 and 2022.

“I am honoured to have this opportunity to serve as PRGN’s Secretary, Regional Vice President for the Asia-Pacific, and now as the President-elect. Being a part of PRGN has been an enriching experience for us as a local, Malaysian firm, as members share expertise, experience and perspectives with each other with the goal of raising the quality of PR and Strategic Communications practice around the world,” said Andy See.

“I look forward to working closely with the new officers to continue delivering benefits to all our members and growing the PRGN brand globally. Our initiatives to share knowledge on industry best practices and widen our global reach will ultimately benefit clients and our team members, as they will be able to access PRGN members’ extended capabilities and experience,” he continued.

David A. Fuscus, CEO and president of Xenophon Strategies, of Washington, DC, USA, was elected as the President of PRGN, succeeding Alexandra Diniță, general manager of Free Communication in Bucharest, Romania, who now assumes the duties of immediate past president and chair of PRGN’s Advisory Board.

“PRGN is a community of professionals dedicated to the highest standards. PRGN gives member firms global reach, but it is also the vehicle by which best practices and new communications techniques flow to members worldwide. I’m honoured to have been elected as PRGN’s President for 2022 and look forward to working with all of our member agencies,” said Fuscus.

The appointments were announced at PRGN’s recent bi-annual member conference, held in Scottsdale, Arizona. It was also the first in-person meeting of the global group since 2019. Member agencies from all over the world attended the gathering, held near the site where the group was first founded in 1992 when members of 11 Edelman Affiliate PR firms in the United States joined forces to form the Phoenix Network, which later became PRGN.

Also at the event, PRGN launched its special eBook – 30 PR Tips You Can Apply Today – a free collection of PR insights from PRGN members around the world. Targeted to help managers and executives at companies, non-profit organizations, PR firms and independent practitioners, the eBook is available for free at the PRGN homepage and also in a flipbook format.

Wacky, Offbeat Ads, And Why Do They Work?
What Is Forex Trading And How Does It Work? 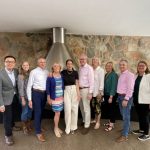