The resurgence of the pandemic in some parts of the world is making market demand difficult and weak. Moreover, rising fuel prices, input costs, and inflation affect overseas sales. The net profit falls due to pressure to clear the directory via sales and promotions.

Chinese smartphone maker Xiaomi has reportedly fired more than 900 employees. According to a South China Morning Post report, Xiaomi laid off nearly 3% of its workforce amid the economic slowdown. Xiaomi, however, is yet to authenticate the same.

Xiaomi’s sales fell 20% yearly to $10.31 billion, marking a sharper decline than expected in the previous quarter when the company posted its first revenue decline since going public. The company also posted a steep drop in its second-quarter revenue as the world’s biggest smartphone market shrank, hit by austere COVID restrictions. The smartphone maker’s reported net income was 67% below analyst expectations at 2.08 billion yuan.

Xiaomi’s smartphone sales commit more than half of the company’s total revenue. Revenue from smartphone sales decreased by 29%. Xiaomi’s sales surge in 2021 was short-lived after it took market shares from rival Huawei Technologies Co Ltd., And the firm’s stock price tumbled nearly 40% since the start of 2022.

China’s consumer consumption has struggled to rebound from the aftermath of lockdowns in Shanghai and other cities in the first half of 2022, prompting a central bank rate cut. The country’s long-stagnant smartphone sector has been significantly and majorly hit by the downturn, with unit shipments down 10% yearly in the second quarter.

Xiaomi has been subject to government investigations in India, its biggest market outside of China, for allegedly evading tax regulators.

Snapchat’s parent company, Snap Inc., follows a strategy identical to Xiaomi’s. To save $500 million, they plan to lay off about 20% of their workforce, nearly 1,300 employees. A bulk of this will come from overcoming the ominous signs of the growth and reduction in operating expenses slowing down.

Besides the layoffs, which are a part of Snap’s “2023 financial planning and reprioritisation process,” it is also pulling back on investments in Snap Originals, Minis, Games, Pixy, and standalone applications Zenly and Voisey.

“We are restructuring our business to increase focus on our three strategic priorities: community growth, revenue growth, and augmented reality,” Snap CEO Evan Spiegel wrote in an internal memo made public through the filing. “Projects that don’t directly contribute to these areas will be discontinued or receive substantially reduced investment.”

Given the company’s current lower revenue growth rate, it has become clear that Snap must reduce its cost structure to avoid incurring significant ongoing losses. Despite having built substantial capital reserves, Snap can do nothing but face the consequences of its lower revenue growth and adapt to the market environment. They also made extensive efforts to prevent reductions in the size of their team by reducing spending in other areas, but to no avail.

Like multiple companies in the technology sector that rely on advertising, Snap also witnessed a slump in 2022, driven partially by the introduction of App Tracking Transparency in Apple’s iOS.

The domino effect created by the pandemic on the hardware and other supply chain disruptions and escalated forces driven by the Ukraine-Russia conflict has contributed to an unpropitious macroeconomic scenario in the bargain.

Big Tech giants like Apple and Google have also slowed down hiring since Q2 2022, while Meta instituted a taking-on-board freeze.

The extent of such workforce reduction should substantially reduce the risk of ever having to do this again while balancing the company’s desire to invest in a long-term future and reaccelerate its revenue growth.

The Rise of UGC & The Consumer's Love Affair With Word Of Influencers
Machine Learning: What Is It, And Why Is It Now Part Of Everyday Life? 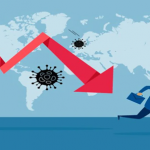