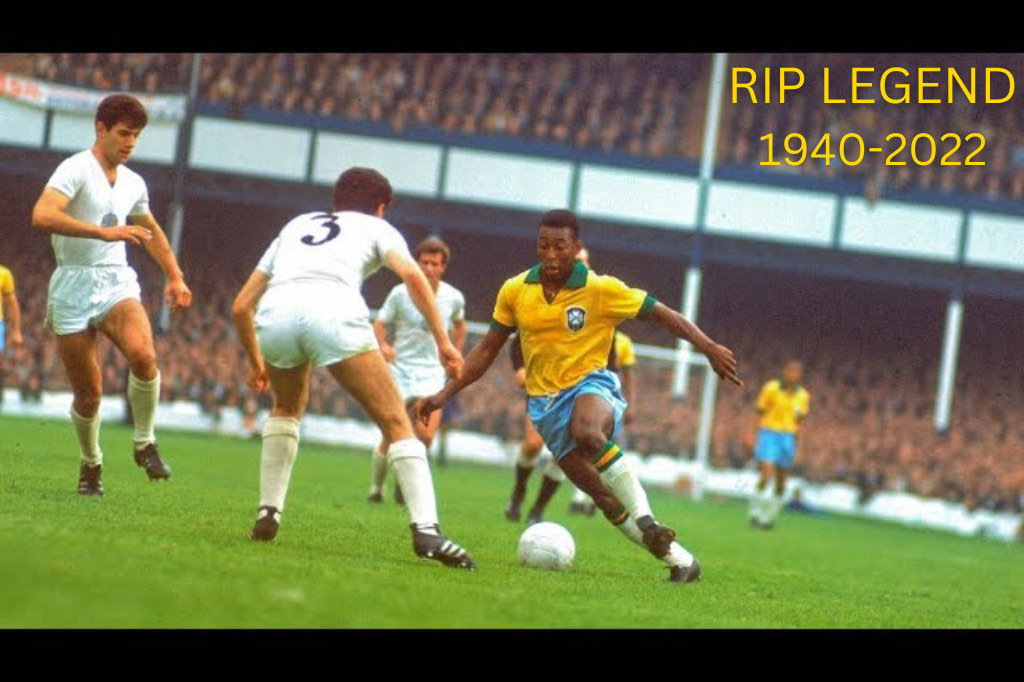 Edson Arantes do Nascimento, more commonly known as Pelé, was a Brazilian professional footballer widely considered one of the greatest players of all time. Born on October 23, 1940, in Três Corações, Minas Gerais, Brazil, to his mother, Celeste Arantes, and father, Dondinho, Pelé began playing professionally at the young age of 15 for Santos FC.

Throughout his career, Pelé won a record three World Cups with Brazil, solidifying his place as one of the most commanding sports figures of the last century. He was known for his grace, athleticism, and mesmerizing moves on the pitch. He is credited with transforming football into art and entertainment and elevating Brazil’s standing in the sport. Pelé’s trademark goal celebration was a leap with a right fist raised above his head, becoming iconic and recognised worldwide.

Some of Pelé’s best games and most memorable goals include the hat-trick he scored in the 1958 World Cup Final against Sweden, his four goals in Brazil’s 5-2 victory over Italy in the 1970 World Cup, and his 1,000th career goal in 1969. In addition to his three World Cup championships, Pelé also won numerous other titles and accolades, including the Copa Libertadores, the Intercontinental Cup, and the Brazilian Championship.

In 1969, two factions involved in the Nigerian Civil War even agreed to a 48-hour ceasefire so they could watch Pelé play an exhibition game in Lagos. Such was the level of fame and influence he had on the sport. Finally, on October 1, 1977, Pelé closed out his career in an exhibition match between the Cosmos and Santos.

In addition to his successful career as a footballer, Pelé also made a significant amount of money through advertisements and endorsements. He appeared in commercials for brands such as Puma, Emirates, and Hyundai and was named one of the highest-paid athletes in the world by Forbes in 2013. Pelé also appeared in several films, including Escape to Victory and Victory, and owned several properties in Brazil, including a ranch and a hotel.

On December 29, 2022, Pelé passed away from cancer at the age of 82. His death was met with reactions from around the world, with many praising him for being key in Black people’s pride in Brazil and leaving a mark on generations who weren’t fortunate enough to see him play.

In addition to his successful football career, Pelé also made a significant amount of money through advertisements and endorsements. He appeared in commercials for brands such as Puma, Emirates, and Hyundai and was named one of the highest-paid athletes in the world by Forbes in 2013. Pelé also appeared in several films, including Escape to Victory and Victory, and owned several properties in Brazil, including a ranch and a hotel.

Pelé appeared in several commercials throughout his career. Some of his most memorable and popular advertisements include:

Pelé had a long and successful partnership with Puma, a sportswear and footwear brand. The partnership began in the 1970s when Pelé signed a deal to become a global ambassador for Puma and promote the brand’s products.

Throughout the years, Pelé appeared in a series of commercials for Puma, showcasing his soccer skills and promoting the brand’s products. These commercials helped to solidify Pelé’s partnership with Puma and establish him as a global ambassador for the brand.

Pele was signed by Puma in 1970. According to sports business reporter Joe Pompliano, Puma paid Pele $120,000 to walk to midfield seconds before the 1970 World Cup quarterfinal between Brazil and Peru and tie his shoe. This payment sparked a feud between Puma and Adidas, two competing shoe companies founded by German brothers Adolf and Rudolf Dassler.

The deal with Pele reportedly circumvented the “Pelé Pact” which had been negotiated between the two companies. The Pelé Pact was a gentleman’s agreement between Puma and Adidas in which they agreed not to poach each other’s sponsored players. However, Puma’s deal with Pele reportedly violated this agreement, leading to tension between the two companies.

Pele’s signing with Puma and the subsequent feud with Adidas had a significant impact on the sports industry and the rivalry between the two brands. Pele’s influence and popularity as a footballer helped to boost the profile of Puma, and the tension between the two brands continues to this day.

In April 2014, Emirates Airlines released an advertisement featuring footballing legends Pele and Cristiano Ronaldo. The commercial, which aired during the 2014 FIFA World Cup, saw the two stars meet in the Emirates A380 onboard lounge as they went head-to-head in the popularity stakes.

In the ad, Ronaldo emerges from the plane’s first-class shower and stands at the bar reading a magazine article about himself. Pele then appears to stand next to him and laughs deviously at Ronaldo, who realizes it was him they were talking about all along. The commercial was widely praised for its clever concept and has attracted over a million views on YouTube since its release.

The ad was a result of the partnership between Emirates and the two footballers, which began in 2013 when the airline signed Pele and Ronaldo as global ambassadors. The commercial, which aired during one of the most watched sporting events in the world, helped to boost the brand’s profile and increase its visibility.

Both Pele and Ronaldo are well-known and respected figures in the world of football, and their partnership with Emirates helped to solidify the brand’s place in the industry. The ad was well-received and is remembered as one of the most successful and memorable partnerships between sports figures and a brand.

Pepsi signed Pele as their global ambassador in 1973, making him the first athlete to be signed by the company. In the year, Pepsi launched an advertising campaign featuring Pele, which was broadcast in over 100 countries. The campaign featured Pele playing football with children from around the world and highlighted his commitment to promoting peace and unity through sport.

In 2000, Pepsi released a new commercial featuring Pele, which was filmed in Brazil. The commercial showed Pele playing football with children from different backgrounds and cultures, emphasizing his message of peace and unity.

In 2010, Pepsi released another commercial featuring Pele, which focused on his legacy as one of the greatest footballers of all time. The commercial showed clips from some of his most iconic goals and celebrated his achievements both on and off the pitch.

Pele’s engagement with Pepsi has been an important part of both his career and legacy. His commercials have helped to promote peace and unity through sport while also celebrating his achievements as one of the greatest footballers of all time. Pele’s partnership with Pepsi has been widely seen as a success, with the brand using its image and likeness in a number of its advertising campaigns throughout the years.

Pele’s partnership with Pepsi is remembered as one of the most successful and enduring partnerships between a sports figure and a brand. His influence and popularity as a footballer, combined with the high-quality products offered by Pepsi, made for a winning combination that helped to increase the brand’s visibility and sales. Even after his retirement from professional soccer, Pele’s partnership with Pepsi continued, with the brand continuing to use his image and likeness in its advertising campaigns.

Pele’s appearances in advertisements have had a lasting impact and helped to solidify his place as one of the greatest footballers of all time. His influence and popularity as a footballer, combined with the high-quality products and services offered by the brands he partnered with, made for a winning combination that helped to increase their visibility and sales.

Pele’s partnerships with brands such as Puma, Emirates, and Pepsi are remembered as some of the most successful and enduring partnerships between a sports figure and a brand. His appearances in their advertisements have helped to promote the values of resilience, determination, and unity, and his influence and popularity have helped to increase the visibility of these brands.

Even after his retirement from professional soccer, Pele’s partnerships with these brands continued, with the brands continuing to use his image and likeness in their advertising campaigns. The world will remember Pele long after he is no more, and his influence and impact on the world of football and advertising will continue to be felt for generations to come. 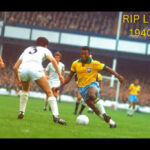