Post taking novel initiatives in the Indian Non-Fungible Token (NFT) ecosystem, Sportzchain, a thought-leader in the blockchain-based fan-engagement industry, has launched its flagship fan tokens platform. The brand has launched the Alpha phase of its decentralised web application and is now actively preparing to launch the Beta phase by the end of August. Sports fans can sign up by clicking here and participate in ongoing polls for sportzchain’s partner team.

The Alpha phase of Sportzchain’s fan tokens platform to participate in different team’s polls and voice their opinion by casting votes. Besides receiving platform rewards, lucky participants will have the opportunity to win an iPhone, Shop the Arena vouchers and much more.

Sportzchain’s fan engagement platform equips fans for the first time in the Indian sports arena with the power to vote and influence team decisions. This vote will be conducted under binding/non-binding polls for two Kabaddi and one Cricket team. From deciding jerseys for the team’s training sessions to several sporting-related elements, fans now have the power to make their opinions heard and implemented.

The country-first initiative by Sportzchain provides fans with an implementable poll platform that ensures their involvement in a team’s growth journey. The relevant teams will implement these polls’ binding/non-binding results during the upcoming seasons.

For the unversed, fan tokens and the blockchain-powered fan engagement platform differ significantly from Twitter polls. Twitter polls can impact non-team decisions. In contrast, blockchain-powered fan engagement platforms allow sports fans to get involved and influence team decisions directly, with the blockchain element providing authenticity and accountability. Sportzchain has already onboarded and organised formal fan groups of Kabaddi and Cricket teams to drive participation at a fan level for this historical initiative. More such fan groups will be onboarded in days to come.

Siddharth Jaiswal, Founder and CEO, Sportzchain said, “We are thrilled to finally introduce our flagship decentralised web platform that will allow sports fans to influence a team directly. This is the first time in the Indian arena that a platform is enabling fans to invest in a tokenized membership of the team AKA fan tokens and vote to impact that team’s sporting decisions like training jersey design, playing schedules, etc. All sports fans are welcome to be a part of this historical initiative to make a collaborative difference in the growth journey of their favourite teams and players. At present, we are planning to induct three polls, but with time this number will grow, and so will fan participation. Soon, we’ll launch fan tokens so that fans can join this tokenized membership of their favourite teams sporting decision and also partake in financial gains “. 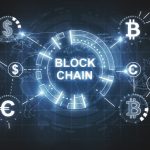