In a written reply to the Lok Sabha, Union Minister of Science & Technology, Dr Jitendra Singh, stated that six startups had been given grants of Rs 50 lakh each for the research and development work under the ANIC-ARISE 1.0 programme announced in 2020.

The ANIC-ARISE programme is built to help aid startups with research and technology goals, with aid from various government entities, including ISRO, the Defence Ministry, the Ministry of Food Processing Industries, the Ministry of Health and Family Welfare, and the Ministry of Housing and Urban Affairs.

Also Read:5 Factors That Can Force Your Marketing Strategy To Hit Reset

The requirements by ISRO for the programme were startups that were working on either geo-spatial information, propulsion technologies, or AR/VR. While the final list of chosen startups has not been released, the ANIC-ARISE website shows that the seven shortlisted startups that were chosen for this program include SatSure, Satyukt Analytics, Numer Analytics, Bellatrix Aerospace, Skyroot Aerospace, Digantara, and Vashishta Research.

Dr. Singh also revealed the criteria for space startups for ANIC-ARISE 2.0, with an emphasis on research in the areas of GIS solutions, propulsion, navigation and AI/ML modelling for space applications.

In a separate note to the Lok Sabha reported by PTI, Dr Singh also mentioned that while the number is up for debate, a 2019 estimate of the global space market is pegged at $360 billion. India’s share stands at 2 percent of that, or around $7.2 billion.

He also mentioned that the government believes they have built indigenous ability in all aspects of space development, including expertise in the areas of space transportation systems, and space assets comprising a fleet of satellites catering to the needs of earth observation, satellite communication, meteorology, space science and navigation. 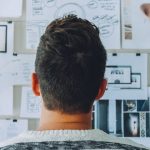