Hafiz – who prefers to be identified by his first name only – works at the TATA Croma Store in Goa as a Category Expert Department Manager. He resides in Goa along with his parents, two sisters and an elder brother.

For years, Hafiz dreamt of visiting Haji Ali along with his family. Although everyone in his family is happily employed, a trip to Mumbai to visit Haji Ali kept getting postponed for six months because of liquidity issues. Moreover, an ongoing personal loan and an emergency at home made travelling out of state all the more difficult.

At this point, fortunately, one of his co-workers at the Croma Store in Goa informed Hafiz about SanKash – a specialized BNPL (buy now, pay later) aggregator in the travel domain that provides the best TNPL (travel now, pay later) offers. After he had received the initial information about SanKash, Hafiz searched for more information about the BNPL entity. He soon realized the company provided seamless travel options to people like him who were unable to travel primarily due to cash constraints.

Once he was satisfied with the company’s credentials and the benefits of choosing a no-cost EMI, he opted for the same immediately. What’s more, the entire documentation process was entirely seamless and frictionless and his no-cost EMI loan was approved within hours. Thanks to SanKash, Hafiz eventually took his entire family to Haji Ali in Mumbai.

Today, Hafiz happily recommends SanKash to his family and friends to realize their travel dreams. Given the easy access, affordability and security of the company’s TNPL product, Hafiz believes there is no point in delaying travel plans, particularly when a family can travel today and pay later at their convenience according to the repayment terms.

BIA Editorial Team
258
YOU MAY ALSO LIKE
Sorry, no posts were found 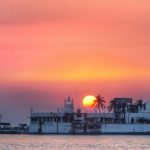