Introduction: Bots have been around on the internet for a long time. We’ve likely come across them but never paid much attention until now. However, in the midst of his Twitter purchase deal, Elon Musk is shedding a bright spotlight on bots, inadvertently highlighting the threat they pose to social media platforms and businesses. Tamer Hassan, CEO of HUMAN, shares his thoughts on bots and the growing threat they pose to businesses and social media platforms.

What is the impact of bots on social media platforms? How dangerous are they and what risks do they present?

Social media platforms are constantly faced with the issue of having bots, fake followers and inactive accounts plaguing their platforms. They can be used to spread content to influence people’s opinions, garner reactions and can even result in cybercrime. Bots can spread fake news, direct users to harmful disinformation, steer users to drive traffic to a website, serve as a gateway to financial scams and create fake giveaways.

There are even legitimate bots focused on wellness and humour as well as chatbots rooted in customer service. It is no surprise that cybercriminals always follow the money, and as of late, they have become much more sophisticated in their approach to attacks, bypassing current security tools and using bots as an avenue to scam, steal and cause havoc. This is also one of the reasons why malicious bots have become increasingly sophisticated and are one of this decade’s most foremost cyber threats.

They are used in over three-quarters of security and fraud incidents that happen online. Other than manipulating popularity and sentiment, these malicious bots also steal sensitive data, break into our own online accounts, purchase limited goods and resources, perform fraudulent financial transactions, and much more.

Here are some examples of what bots can do:

We also have to keep in mind that the bots of even five or three years ago – are not the bots of today. Back then, it was far easier to catch a bot by using anomaly detection to measure patterns, such as when an account consistently posts 24 hours a day. That alone is a huge indicator that it is a bot behind the account and not a human, as humans sleep. However, bots have become much more sophisticated and have adapted to mimic human behavior. With 77% of all cyberattacks being bot-based, it is no surprise that this makes them one of the leading cyber threat challenges of this decade.

How do bots present themselves on the different platforms that are most popular in Southeast Asia, such as Facebook, TikTok and Instagram?

There is no way to be absolutely certain. You can spot a bot by examining the frequency and volume of posts as well as if they ask you for personal information. While it’s usually easy enough to spot a basic bot, the more sophisticated ones are very challenging to identify.  In fact, bots do not just live on social media. They’re being used across the board. For example, you could have a bot text you from an infected cell phone or a company could reach out and use a chatbot following a customer service call.  And again, the question is, what would you do if you could look like a million humans?

It’s why cybercriminals turn to bots attacks and fraud to make money, and why they are a formidable adversary.

Also read: How To Protect Brands From Misleading Content Online

What can businesses do to stay safe from bots on social media when using the platform to engage with consumers?

At this point in time, most businesses are trying not to lose the war against bots. However, rather than playing to win, businesses should switch their attention to defensive strategies that focus on minimising the damage.

Our goal is to disrupt the economics of cybercrime to make it too costly for attackers, and we use collective protection to apply advanced threat intelligence to stop the threat of bots. At HUMAN, our strategy and focus is to go on offense and strike the root of the issue–combating the continuously adapting adversaries of our customers. Our approach is fundamentally designed to increase the cost to the adversary and lower the cost of collective defence across the internet. To do this, we believe in the notion of collective protection, which leverages collaboration across industries and public-private partnerships to ensure cybercriminals are disrupted and experience real costs and consequences. 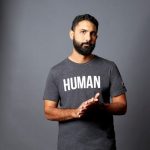