Group-IB, one of the global leaders in cybersecurity, headquartered in Singapore, has been recognized by Singapore Police Force (SPF) for its commitment and vigilance in detecting and deterring digital threats facing the country. Group-IB Founder and Chief Executive Officer, Dmitry Volkov was presented with an Appreciation Plaque by the Guest of Honor, Deputy Commissioner of Police (Investigation & Intelligence), Mr. How Kwang Hwee at the 8th Alliance of Public PrivAte Cybercrime sTakeholders (APPACT). The event was hosted at the Senior Police Officers’ Mess.

Group-IB was presented with a token of appreciation alongside other APPACT’s members, including META, Google, TikTok, UOB, OCBC, and others.

Deputy Commissioner of Police (Investigation and Intelligence) concurrent Director Criminal Investigation Department, Mr. How Kwang Hwee, expressed his appreciation for the efforts and contributions of APPACT partners in supporting SPF in the fight against cybercrime. He said: “Over the years, we have seen successful collaborations between the SPF and our partners, including in the areas of investigations, raising of public awareness on cybercrime, and conducting sharing or training for other law enforcement counterparts in the region. The Police are grateful to our APPACT partners for their continued support and we look forward to many more collaborations with the APPACT partners in the fight against cybercrime.”

APPACT is a dedicated public-private industry platform established by the Singapore Police Force CyberCrime Command (CCC). Dmitry Volkov, the CEO of Group-IB, noted that Singapore was one of the pioneers in recognizing the importance and effectiveness of public-private partnership and data exchange in cybersecurity. “We are honored to be part of the SPF-led APPACT CCC, whose work strongly resonates with our long-standing mission of fighting cybercrime. And we will continue to collaborate closely with the Alliance members and SPF to raise awareness of cyber threats and ensure a safer digital environment for Singapore,” he added when receiving the award.

Shafique Dawood, Group-IB’s Head of Sales and Business Development in the Asia-Pacific, who attended the ceremony, also stressed the importance of a multilateral ecosystem of law enforcement cooperation and noted that Group-IB has been proudly contributing to the APPACT’s cause since 2021. In the last two years, the company’s Threat Intelligence, Digital Risk Protection, and Cyber Investigation units produced and disseminated dozens of threat reports on scam operations, compromised payment records, and phishing campaigns through the SPF-led Alliance. The cooperation proved effective in preventing and minimizing the damage to the general public and organizations from small-time scammers and sophisticated threat actors.

According to the Singapore Cyber Landscape 2021, released by the Cyber Security Agency of Singapore in August, online scam cases made up the top cybercrime category in Singapore, accounting for 81 percent of cybercrime in 2021. One of Group-IB’s main goals is to reduce the impact of scams on Singapore and protect its citizens through threat information sharing and the development of patented technologies targeting scammers and their infrastructure. In August, Group-IB researchers uncovered that a global scam-as-a-service operation Classiscam expanded to Singapore and started targeting the users of the leading local classified platform. Immediately upon discovery,  the company’s experts shared their findings within the APPACT, resulting in a timely public advisory aimed at raising awareness and minimizing further losses for Singaporeans. 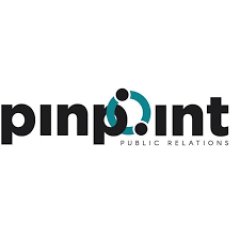 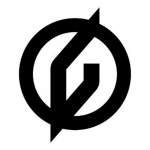